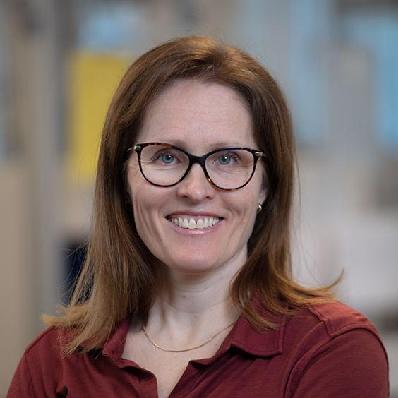 Professor Hilde J. Venvik is since 2015 Director of iCSI – industrial Catalysis Science and Innovation, a Centre for Research-based Innovation (SFI) granted by the Research Council of Norway for a period of 8 years.  iCSI involves the industrial partners Yara, KA Rasmussen, Dynea, Inovyn, and Haldor Topsøe, with SINTEF and the University of Oslo as research partners in addition to NTNU.  The total budget is ~20 mill €. 15 PhD candidates and 7 postdoctoral fellows will be trained within the joint industrial, academic and institute research of iCSI.

Hilde Venvik is part of the Catalysis group at the Department of Chemical Engineering, NTNU, the largest catalysis group in Norway and the main arena for education of PhD’s and MSc’s for Norwegian industry and research organizations. As of 2015 the group consists of five Faculty members (Edd A. Blekkan, De Chen, Magnus Rønning, Hilde Venvik, Yia Yang), ~20 PhD students and ~5 postdoctoral fellows. The group is an integrated NTNU/SINTEF research laboratory where NTNU-staff collaborate and share facilities with ~10 permanent researchers employed by SINTEF Materials and Chemistry, Process Chemistry Department. This collaboration is institutionalized through the KINCAT Gemini centre (NTNU/SINTEF twin research centre). Together with the catalysis groups at the University of Oslo and SINTEF, the group was part of a Centre for Research-based Innovation (Innovative Natural Gas Processes and Products – inGAP) during 2007-2015

Hilde Venvik was NTNU Director of the Gas Technology Centre NTNU-SINTEF (GTS) from 2010 to 2015. GTS was established in 2003 to exploit the multidisciplinary synergism of NTNU and SINTEF’s expertise  in gas technology with Statoil (now Equinor) as strategic partner.

Venvik has published ~ 70 scientific journal paper and has an h-index of 22 (ISI-WebOfKnowledge, Scopus). In addition come some book chapters, reports and popular science contributions. She has given or contributed to > 100 scientific presentations at international conferences and work-shops. 6 PhD degrees have been completed with Venvik as the main supervisor (Astrid Lervik Mejdell, Fatemeh Hayer, Daham Gunawardana, Nicla Vicinanza, Farbod Dadgar, Marie Døvre Strømsheim), 7 as secondary supervisor, and Venvik has supervised 35 master students in chemical process technology and nanotechnology.