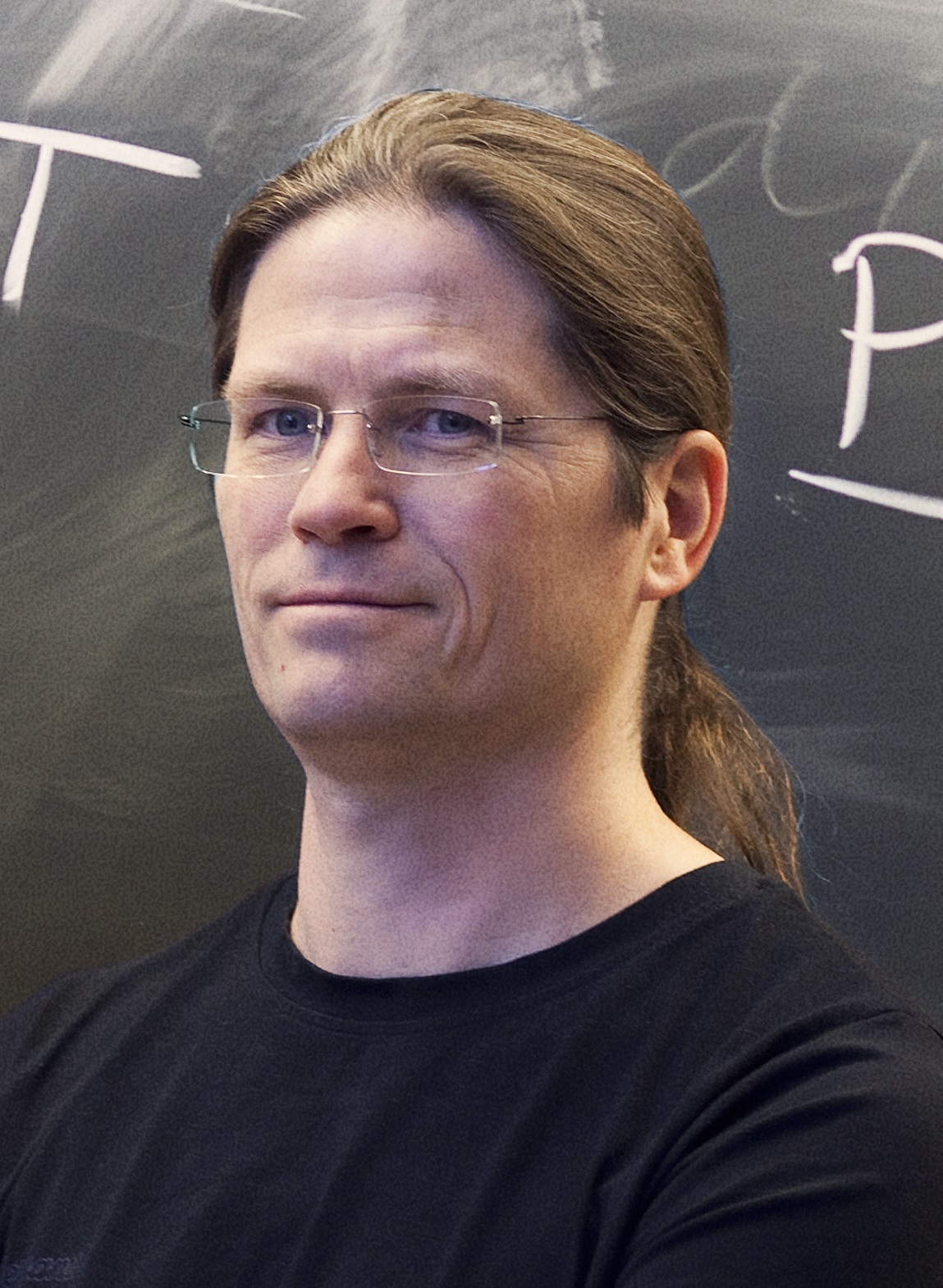 see also my other official webpage

Tommy Gravdahl is professor at the Norwegian University of Science and Technology (NTNU). He was born in 1969 and graduated siv.ing (1994) and dr.ing (1998) in Engineering Cybernetics, NTNU. From 1998 to 2001 he was a postdoctoral researcher with the Department of Engineering Cybernetics. He was appointed Associate Professor (2001) and Professor (2005) at the same department, where he served as deputy department head 2006-07 and department head in 2008/09. In 2007/08 he was with The Centre for Complex Dynamic Systems and Control (CDSC), The University of Newcastle, Australia. His current research interests include mathematical modeling and nonlinear control in general and with application to turbomachinery, spacecraft, robots, ships and nanopositioning devices. He has supervised the graduation of 78 MSc and 10 PhD. He has published more than 150 papers at conferences and in international journals and in 2000 he received theIEEE Transactions on Control Systems Technology Outstanding Paper Award. He is author of Compressor Surge and Rotating Stall: Modeling and Control (Springer 1999), co-author of Modeling and Simulation for Automatic Control (Marine Cybernetics 2002), Snake Robots: Modeling, Mechatronics, and Control (Springer 2013), Vehicle-Manipulator Systems: Modeling for Simulation, Analysis and Control (Springer 2014) and co-editor of Group Coordination and Cooperative Control (Springer 2006).