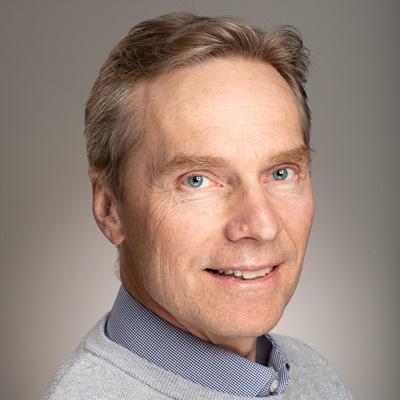 Jon Atle Gulla is director of the Norwegian Research Center for AI Innovation (NorwAI). This is a center for research-based innovation (SFI) that develops new technologies for successful and responsible exploitation of data-driven artificial intelligence in industrial innovations.  NorwAI is supported by the Research Center of Norway, three universities, two research institutes and 11 companies.

Jon Atle Gulla is a professor at the Norwegian University of Science and Technology (NTNU) in Trondheim.  He was the head of the Department of Computer and Information Science 2010—2012 and the deputy head 2009-2010 and 2012-2013.  Gulla has a MSc (1988) and a PhD (1993) in Computer Science from the Norwegian Institute of Technology. He has a MSc in Linguistics from the University of Trondheim (1995) and a MSc of Management (Sloan fellowship) from London Business School (2003).  He is a member of the Royal Norwegian Society of Sciences and Letters.

Gulla’s research centers around Semantics and Natural Language Processing and its use in Recommender Systems, Information Retrieval, and Text Analytics.  He has a keen interest in Digitalization and AI-based Innovation and Entrepreneurship, facilitating AI adoption in industrial companies as well as exploring new business opportunities in startups.

Gulla has close to 150 international publications and has supervised around 70 MSc students, 30 PhD students and 10 post docs. He has served as opponent/administrator for numerous PhD defenses and is a frequently invited speaker at both industrial and academic events. Gulla is a reviewer for many international journals, like Data & Knowledge Engineering, Information Processing and Management and AI Magazine, and for international conferences like ACL, EKAW and ECIL.  He is also a co-founder and general chair of the annual international workshop on News Recommendation and Analytics (INRA) and the annual Norwegian Big Data Symposium (NOBIDS).

Gulla has years of experience from managerial positions in industry and is used as an advisor for AI adoption in industry and commercialization of new AI research.  He has taken part in four technology startups:

Jon Atle Gulla is the owner of Gulla Gaard, a well-known traditional English fishing lodge located next to one of the finest salmon rivers in Norway, Surna.    Among the sports fishermen visiting Gulla since 1872, there are ministers, diplomats and wealthy business men from all over the world, as well as King Haakon VII in 1931. The whole history of Gulla Gaard is discussed in the book “Portvin og laks på Gulla Gaard” (Port and salmon at Gulla Gaard), written by Jon Atle Gulla in 2006.