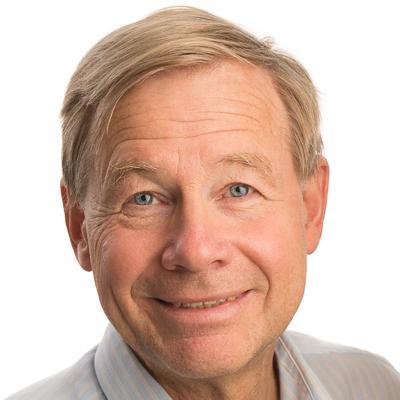 Professor of Neurology, head of Norwegian Advisory Unit on Headaches, director of the charitable organisation Lifting The Burden with official relation with WHO

Lars Jacob Stovner has been professor of Neurology at the Norwegian University of Science and Technology (NTNU) since 1995, leader of the Norwegian Headache Society from 1996-1999, head of the Department of Neurology at Trondheim University Hospital from 1999-2001, head of the Norwegian Advisory Unit on Headaches from it was established in 2000, deputy leader of the Department of Neuroscience (from 2017 Department of Neromedicine and Movement Science) at NTNU 2007-2009, and leader of the department from 2009 till 2016. He has been a director of the charitable non-governmental organization “Lifting The Burden” which has official relations to the World Health Organisation. From 2007 till 2014 he was co-editor of The Journal of Headache and Pain , which is the official journal of the European Headache Federation.

Stovner studied medicine at the University of Oslo, and took his Ph.D. at NTNU in 1993 (The Chiari Type I malformation).

Stovner started his research on headache under his predecessor professor Ottar Sjaastad. Based on Sjaastad’s reputation as researcher and headache doctor, and aided by the patient organization, Stovner managed to establish the Norwegian Advisory Unit on headaches in Trondheim, and he has been the leader of the centre since its establishment.

His group has performed several studies on the treatment of migraine, cluster headache and cervicogenic headache, both medicines and surgical approaches. In particular, the group has developed an AII blocker, candesartan, and lisinopril, an ACE inhibitor, as useful migraine prophylactics.

His group has also focused on epidemiological research on the causes and consequences of migraine and other headaches, mostly based on the HUNT study, a large epidemiological survey in Nord-Trøndelag county. Stovner has chaired an international group aiming to document headache as a public health problem worldwide,  as part of the activity within Lifting The Burden, in collaboration with the World Health organization, as partner in a EU project (Eurolight), and as  contributor to the Global Burden of Disease 2010 Study and all later iterations of GBD. He has also been involved in the estimation of the health economic consequences of headache, as contributor to the “Cost of disorders of the Brain in Europe” by the European Brain Council.

Epidemiologic studies on post-traumatic headaches (after concussion and whiplash), conducted in collaboration with colleagues in Lithuania, have engendered much discussion and controversy. Based on this research Stovner served as expert witness for the Supreme Court in two whiplash cases. The court’s ruling was in accordance with Stovner’s  understanding of the condition, and this will influence decisions in similar cases in the future.

In his group there is also extensive research with neurophysiological methods to elucidate what happens in the brain before, during, and after headache attacks, in order to better understand the underlying mechanisms. The group has also established a biobank of blood samples from headache patients and controls, used for genetic studies.