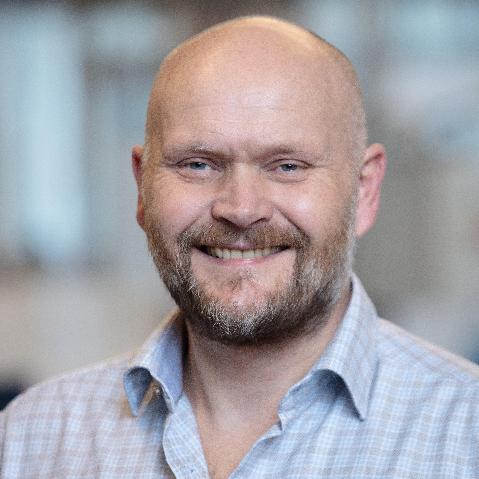 Magnus Rønning is Vice Dean for Research at the Faculty of Natural Sciences since 2021. He is a professor in Catalysis at the Department of Chemical Engineering, NTNU since 2007. He was associate professor at the Department of Chemical Engineering in 2002-2006. He was postdoc at Penn State University USA in 2000-2001 and Vista Research fellow in 2000 at Statoil Research Centre. He was visiting professor at the SUNCAT Center at Stanford University in 2016-2017.

Magnus Rønning has a M.Sc. in Chemistry from NTNU (1994) and a PhD in Chemical Engineering from NTNU (2000). He has published 5 book chapters and about 130 peer-reviewed articles in major international journals. He has been a principal investigator in 2 national centres on research-based innovation (SFI). He has been coordinator of 2 European projects, and partner in several other European funded projects. He has been supervisor of more than 50 master students, supervisor/co-supervisor of about 30 PhD candidates and 11 postdocs.