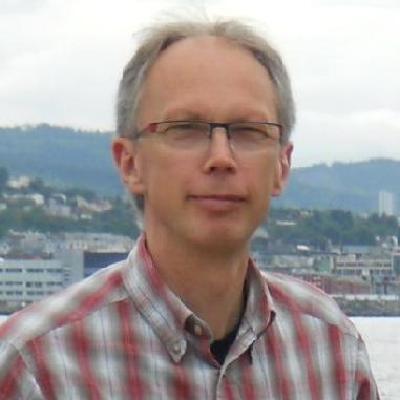 The Kuiper lab focuses on the use of ontologies and semantic web technologies for the integration and exploration of biological knowledge.

Martin Kuiper received a M.Sc. degree in Molecular Biology and Biochemistry (1982), and a PhD degree (1987) in Biology from the University of Groningen, Netherlands. He was a doctoral fellow of the Ohio State University, US (1987) and Utrecht University, Netherlands (1989). He then took a career change and went to industry, where he worked at KeyGene NV, the Netherlands; GenScope bvba / Celera West, Belgium / California; and Aventis CropScience, Belgium. After 9 years in industry he joined the VIB institute in Gent, Belgium, as PI in Computational Biology. He transferred to the Norwegian University of Science and Technology in 2008, where he now works as Professor in Systems Biology. His research interests include the development of approaches and tools for analysis of biological data, and the use of ontologies and semantic web technologies for integration of biological knowledge. Together with colleagues from the Faculty of Medicine and Faculty of Humanities he is involved in three sub-projects of the DrugLogics initiative (www.DrugLogics.eu), targeting Responsible Research and Innovation (RRI): Crossover Research 2.0; Rational development of anti-cancer drug combinations and the modeling of drug resistance in colon cancer (the ERACoSysMed project COLOSYS).