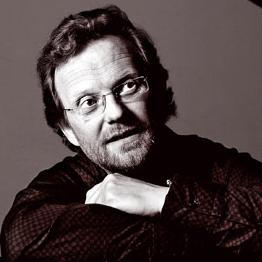 Ståle Kleiberg is a major Norwegian composer with a considerable international reputation. His music is widely performed in Norway and abroad, and is mostly commissioned by well-established orchestras, ensembles and performers. There are also many published recordings of his music, including eight albums, that have received outstanding international reviews.

Kleiberg’s music is characterised by a highly distinctive form of extended tonality and by meticulous attention to coloristic details. This is especially the case in his orchestral works, including his first symphony, The Bell Reef, and his Violin Concerto, issued on the Grammy nominated 2L album Treble and Bass: Concertos by Ståle Kleiberg.

Kleiberg’s large-scale works in oratorio- and opera format constitute an important part of his output. These works have all been widely disseminated after their premières. Mass for Modern Man is his latest work in the genre. Norwegian and German première took place in the Nidaros Cathedral and in the Münchner Dom in 2015. It was recorded by 2L who published the album in 2017. The opera-oratorio David and Bathsheba was also highly acclaimed after its première in the Nidaros Cathedral in 2008, and it has subsequently been performed in several countries. 2L’s recording of the work was nominated for an American Grammy in the category Best Opera Recording. Requiem – for the victims of Nazi persecution is one of Kleiberg’s most frequently performed works. The work was performed in Washington National Cathedral on 11 September 2004, and it was subsequently broadcast nationally in the US, recorded on CD with Washington National Cathedral’s choir and chamber orchestra and has since been given many international performances. Kleiberg’s Requiem is the principal work in a trilogy of compositions dealing with the same subject matter: the others are the orchestral work Lamento: Cissi Klein in memoriam and the cello concerto Dopo. The latter was premièred by Øyvind Gimse and the Trondheim Soloists, who also recorded it and brought it to the world on some of their tours.

Kleiberg’s innovatory approach, formal command and technical mastery are not least apparent in his extensive chamber music oeuvre. A selection of six chamber works was published in 2015 on another 2L album called Mezzotints – Chamber Music by Ståle Kleiberg.