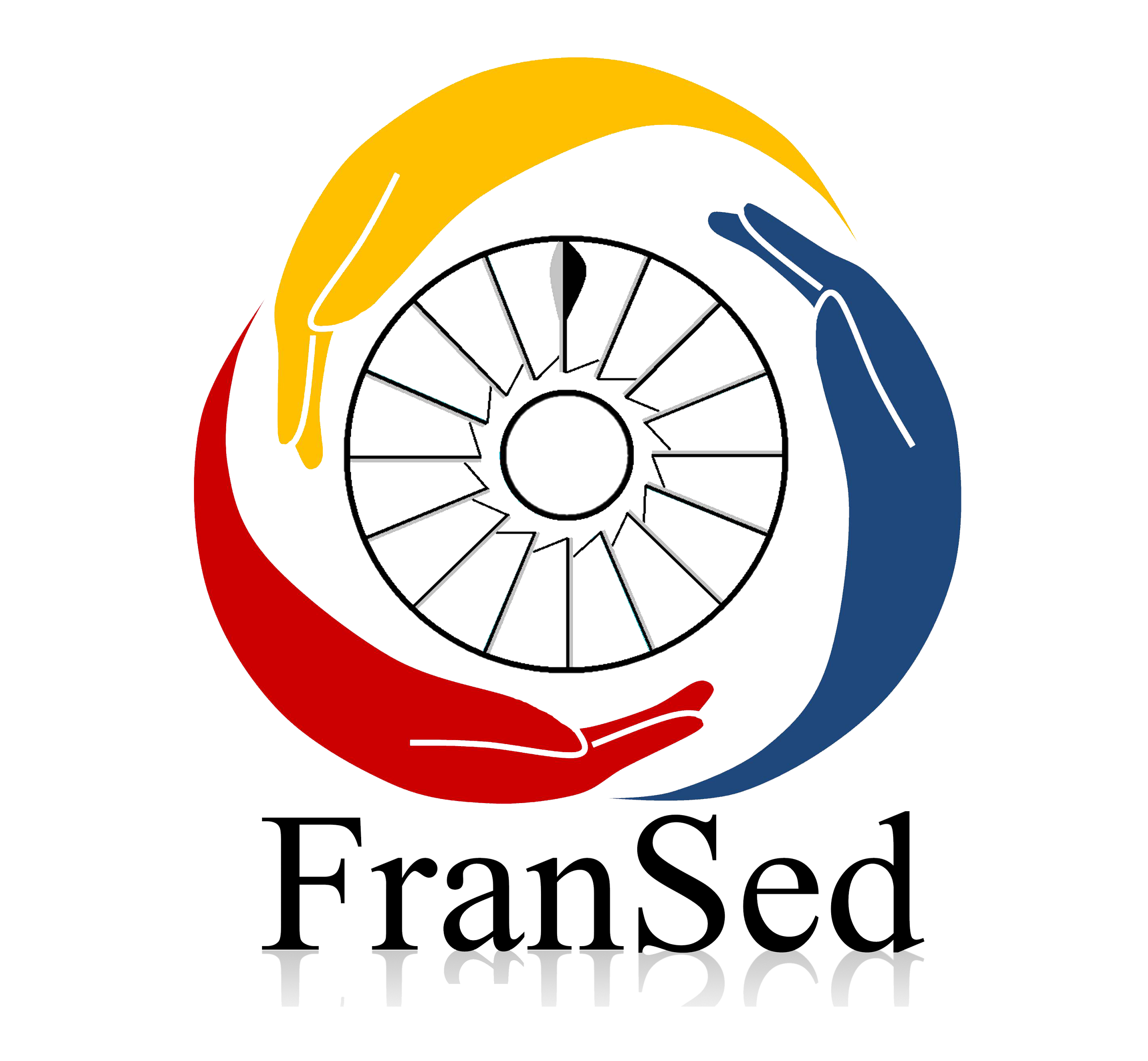 Since the establishment in 1991, Kathmandu University (KU) has carried the vision to develop itself as a research-based university. KU has been inspired by the model of Norwegian University of Science and Technology (NTNU) to design its courses and curricula to directly contribute to the research problem faced by the industry or society. The major focus of engineering education at KU is to contribute to the hydropower development in Nepal. The High Voltage Laboratory and Turbine Testing Laboratory (TTL) are few specialized labs at KU built with the technical cooperation of NTNU and the major funding from Norway. Technical problems created by sediments in the design and operation of hydropower projects in the Himalayan region has been the specific research challenge TTL has taken up. The Waterpower Laboratory at NTNU has been a close partner for developing the human resources and research capacity at TTL to address this issue in the best way.

RenewableNepal Programme (RENP, 2010-2016), supported by the Norwegian Government and implemented by KU, was an initiative to bring the university and industry at a common platform for transforming the knowledge generated through university system to the development of commercial products or services in the industry. TTL was one of the beneficiaries of the RenewableNepal Programme for the project “Development of hydraulic turbines with new design philosophy as a foundation for turbine manufacturing in Nepal” (2010-2013). NTNU and Dynavec AS were the university and industrial partners respectively from Norway. Nepal Hydro & Electric Limited was the local industrial partner. This project transferred the design and research competence on Francis turbines from NTNU to TTL and laid the foundation for all the future research and development activities at TTL contributing to the turbine technology for the sediment-laden hydropower projects.

The RenewableNepal Programme was scaled up as the EnergizeNepal Project (ENEP, 2017-2021) to be the largest non-governmental program in the energy sector in Nepal supported by Norway. The major funding of this project goes towards supporting the industrial-scale research contributing to the renewable energy sector and mostly focus on the development of hydropower in Nepal. The research activity at TTL initiated from RenewableNepal Programme has been taken further by EnergizeNepal Project by developing a Francis turbine test rig and conducting model tests following the IEC standards. All the major component for the test rig is designed in-house by KU-NTNU team. Testing procedures are developed with the experiences from the Waterpower Laboratory at NTNU. The EnergizeNepal project at TTL is also focused on developing competent human resource on design, operation, and maintenance of mechanical equipment for hydropower plants. Two PhD and two MS by Research students are enrolled at KU as a part of the research team at TTL under this project. Optimization of the design of Francis turbine for sediment handling and its validation by model testing at TTL, making the design philosophy ready for industrial level prototype testing is the goal of this project. However, the project does not have the scope and funding for prototype testing.

FranSed project (2018-2022) is focused on the scientific and technological breakthroughs in the field of hydropower turbines operating with high sediment load. The project is implemented through the collaboration between NTNU, KU and Indian Institute of Technology, Roorkee (IIT-R). Development of new design methods based on the variable speed operation of guide vane less Francis turbine, for the application in the sediment-laden project, is the research goal. The main focus is to develop and validate the design of the variable speed Francis turbines suitable for sediment-laden projects and invite the manufacturers and hydropower industries to implement it on a commercial basis. Conducting a prototype scale testing of the variable speed Francis turbine technology for sediment handling will be the most significant achievement of this project.

The FranSed project is being executed with six different work packages divided among the collaborating partners. The model testing of the optimized design of the variable speed Francis turbine will be carried out at TTL under fourth work package. This activity will contribute to further development of the test rig at TTL established with EnergizeNepal Project and make it ready for the industrial-scale applications. With the expectation of Francis turbine Test rig at TTL to be standardized with IEC procedures for the model testing by 2020, the FranSed project aims to use the same test rig and procedures for testing its model turbines.

The competence on the design of Francis turbines at TTL for sediment handling was initiated by the RenewableNepal project. This competence has been complemented by building the test rig for conducting model testing of Francis turbine following IEC guidelines by the Energize Nepal project. The need of preparing the TTL for the model testing of industrial-scale with the commercial implications will be contributed by the FranSed project. Thus Nepal will be equipped with the competence and capacity for conducting the model testing of hydro turbines for its projects in the near future. This is a significant contribution from NTNU and Norway for the development of hydropower in Nepal by empowering the university education and research in the country.

Professor Ole Gunnar Dahlhaug, principal investigator of FranSed project, visited Nepal together with a delegation from NTNU including Rector of NTNU, Gunnar Bovim on May 2019. He gave a presentation on FranSed project at an event, High-level symposium about the UN sustainability goals, which provides a better insight on what kind of project the FranSed actually is.

"As far as I now, IIT Roorkee is the best one in India to work with Hydropower and as far as I know, in Hydropower in Mechanical side, KU is the best one in Nepal. So, we believe that we have teamed up with the best partners in this region", said Ole Gunnar. He further explained that sediment erosion is more than a Himalaya problem, it is actually a global problem. For further details, please see this video:

Presentation given by Prof. Ole Gunnar Dahlhaug on FranSed during his visit to Nepal on May 2019. This video is taken from facebook page of Turbine Testing Lab

1.     Contribution of FranSed Project to the research at Turbine Testing Laboratory at Kathmandu University in Nepal- Biraj Singh Thapa, KU

4.     Experiments in high speed pot tester have completed at IITR

Experiments in high speed pot tester have completed at IITR

Project activities on Work Package 3 are going on smoothly at IIT R. The main objective of  Task 3.1 is to develop a sediment erosion model incorporating scaling between different materials to be used for the verification tests and for the prototype turbine. For this, experiments in high speed pot tester in order to evaluate the erosion wear characteristics of different target materials have completed. Currently, data analysis is being conducted and a correlation for sediment erosion will be developed with the help of available literatures.

A delegation of NTNU had a meeting with Butwal Power Company on May 15th and 17th 2019 in Kathmandu. Jhimruk Power plant was officially decided as a reference site for FranSed project in that meeting. Jhimruk Power Plant came into operation in 1994 with an installed capacity of 12 MW which was financed by NORAD through UMN and Government of Nepal.

This power plant is one of the best cases for FranSed. It has 3 horizontal Francis turbines with a capacity of 4 MW each. The turbines are impaired by sediment erosion due to which the power plant can not be operated during high sediment load. This results into operational and financial losses due to requirement of frequent repair and maintenance.

The turbine testing lab at Kathmandu University has been organizing an International Symposium on "Current Research in Hydropower Technologies (CRHT)" every year since 2010. The main objective of this symposium is to  provide a platform to share research experiences on hydropower sector which also helps in building network among researchers, students and industrialists. The 10th CRHT will be held on 31st March 2020. The first workshop of FranSed will be conducted together with CRHT on 1st April 2020. If you are willing to present a paper at the symposium, the deadline for abstract submission is 1 December 2019. Further details are available in the link: