Research is conducted in co-operation with the NTNU University Museum, as well as other national and international partners and research networks in Scandinavia, Europe and America. It covers a multitude of topics from early Stone Age to present day. Research topics are used actively in the studies, in the form of teaching and training.

These are projects and researchers in the discipline:

Comparative perspectives on the dynamics of early human approaches to the seascapes of Tierra del Fuego and Norway. 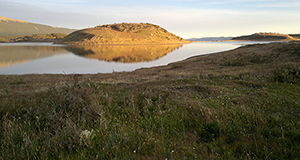 Marine Ventures focuses on the similarities and differences in the cultural developments in the two coastal areas, on different sides of the world, but also with many common features: Seascapes of Patagonia and Scandinavia. The lack of cultural relations between these distant areas implies two completely independent trajectories towards seascapes and marine adaptations, which display a cultural dynamism that is of global archaeological interest. 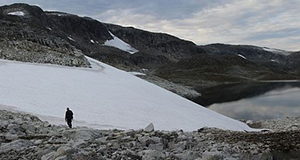 Reindeer are an important economic, cultural and symbolic resource for societies across the Circumpolar North. Historically, human interactions with reindeer were primarily based on hunting or trapping activities. With the development of reindeer husbandry, humans developed a new, intimate and reciprocal relationship with these animals. Alpine ice patches served as a meeting place for humans and reindeer on hot summer days and were actively used by reindeer herders. Exploring the immaterial and material culture of how alpine ice patches were used in the past, can help us understand new aspects of these relationships. 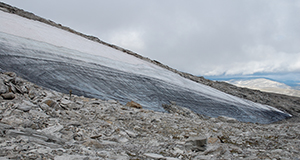 SPARC focuses on perennial alpine snow patches (PSPs) as long-term hunting environments. In certain regions, PSPs have been shown to contain important prehistoric artefacts, ecofacts and sites. The low-temperature conditions associated with these sites make for excellent preservation allowing organic remains to survive within the ice, sometimes for thousands of years. Many alpine snow patches are now melting away and important cultural and climatic specimens and information are being subjected to exposure and deterioration.

iC-ACCESS assesses the dynamics of competing postwar memories of Nazi, Communist and fascist terror at work in the European space and aims to offer tools which can potentially offer a coherent way of their storytelling that integrates different histories and divergent memories. ‘Heritage as narrative’ is articulated through national experiences and tropes of resistance, collaboration, occupation, and victimhood and perpetration and we consider how these affect and undermine the manner in which heritage is perceived and used in former conflict areas. We do so through transnational analyses of existing narratives relating to campscapes (represented in testimonies, literature, public media, museums, memorials and education), the processes of signification and appropriation and mainstream historical discourses and how they might overshadow complementary, or conflicted perspectives. The first bulletin of the projekt (pdf) 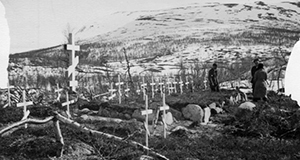 The painful heritage of the Second World War is gradually fading from the Norwegian cultural landscape. The same is true for social memories, with the exception of the dominant and persistent narratives of Norwegian heroism and resistance.  Among those whose legacy and heritage have all but vanished include an estimated 150,000 civilians and prisoners of war, mostly from Eastern Europe, who were brought to Norway by Nazi occupiers. Held against their will in some 500 work camps scattered throughout Norway, these individuals provided slave labor for giant German construction projects. Before the War's end, approximately 20,000 of them would perish on Norwegian soil. While the Nazi forts and other military constructions built with use of forced labour not only still exist but also dominate local Norwegian cultural landscapes the POWs and slave labour camps are, with very few exceptions, almost completely effaced.

INQUA Commission for Humans and the Biosphere 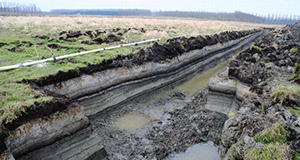 Publications and other research contributions

The departments latest activities in the Norwegian research database Cristin.