Area development plan for NTNU at our campus in Ålesund

Area development plan for NTNU at our campus in Ålesund

During 2019 campus in Ålesund will go through a process of internal relocation, reorganization and remediation. The relocation process is a result of changes in the organization, the merger and the development of an area development plan during a five-year period (starting 2017).

The area development plan is a study and report on how existing building stock at campus in Ålesund should be used. The aim is to utilize existing areas as efficiently as possible. It is also important to ensure that areas are used and developed in accordance with the principles of NTNU’s quality program for campus development. 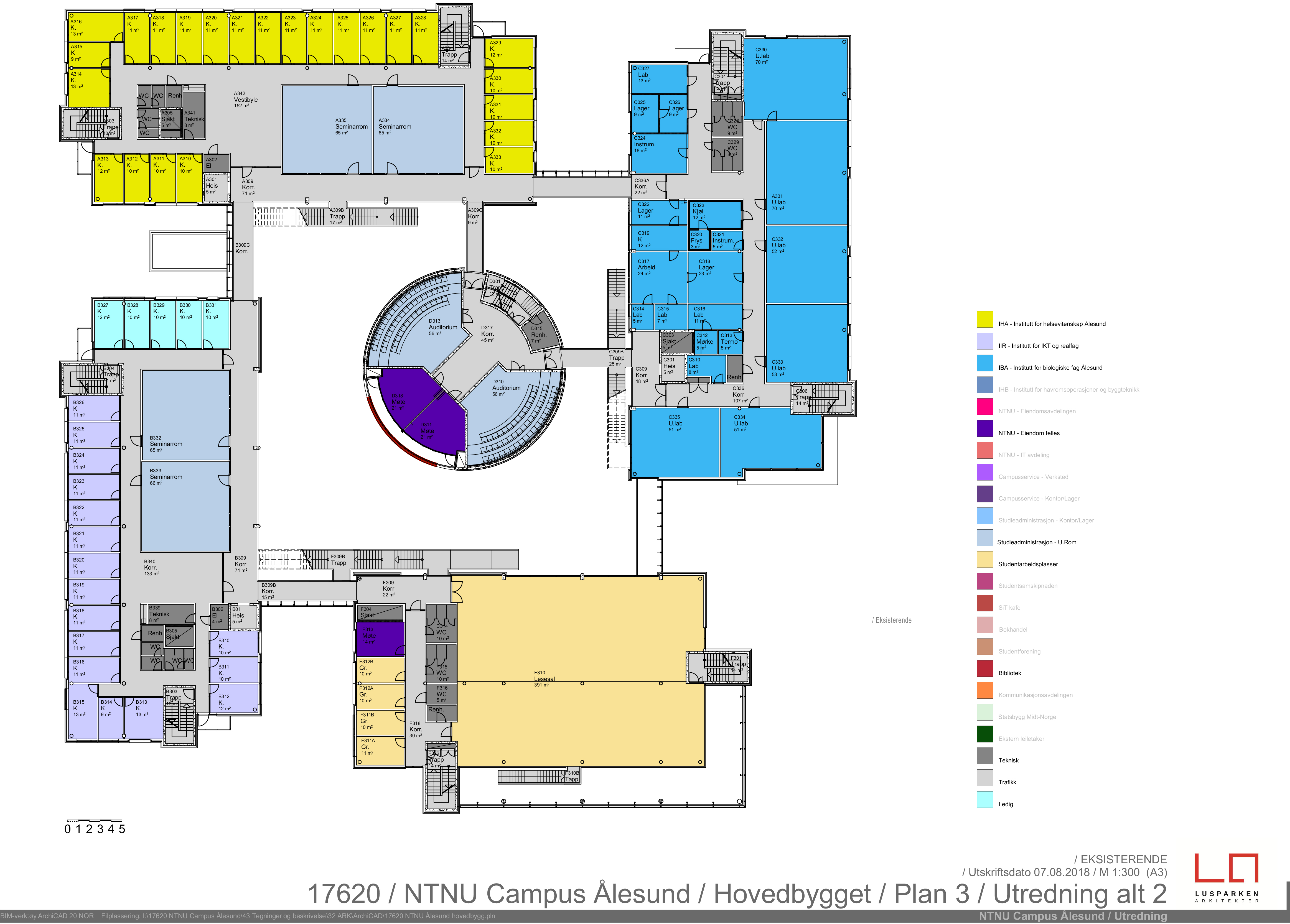 New organization as a result

The area framework for the project was gradually expanded to include a bridge between the two main buildings on campus. In addition, leased space in the former K-building has been reduced. This has given some institutes more space to cover their current needs more collectively.

By relocating the administrative functions to the K-building, reducing the bookstore’s area and releasing the simulator area, the area for teaching has increased by 500 m2 and the area for student workplaces had increased by 848 m2. In the new area plan, the institutes have become more unified and have gained somewhat larger office space.

Read more: This is the new organizaton of the academic communities at NTNUs campus in Ålesund in the new area plan

Do you have questions or input? Please contact us.

Project coordinator towards Statsbygg on the ventilation project and for implementatation of phase 1 in the area development plan: Marian Brandt