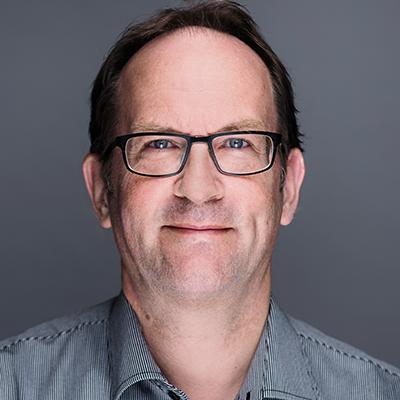 Jørgen Larsenwas born in 1958 and after winning the Youth Piano Master competition in 1973 he made his debut in Trondheim in 1975. After studying under Eva Knardahl he had his debut concert in Oslo's University Hall in 1979 before being appointed accompanist at what was then Trøndelag Music Conservatory.

The conservatory has been his place of work since then, only interrupted by a year and a half as orchestral pianist with Oslo Philharmonic Orchestra (Autumn 1988 and the 1990/1991 season). He is now Professor of piano studies at the Department of Music at NTNU (formerly Trøndelag Music Conservatory).

Jørgen Larsenhas also studied under Robert Riefling, Albert Ferber (London) and Dominique Merlet (Paris). After his debut concerts in Trondheim and Oslo he has given solo concerts in Norway, as well as in London and Paris. He has also performed with the symphony orchestras of Bergen, Stavanger, Oslo and Trondheim.

In the last two years he has had major responsibilities both at the Winter Festival in Røros and at Trondheim International Chamber Music Festival, at the latter as a performer and a jury member for the International Piano Trio Competition.

Larsen's repertoire comprises over 30 piano concertos and a solo repertoire that ranges from Bach to contemporary music, as well as chamber music of all categories. He has premiered several works by Norwegian composers, and his first solo CD, Great Twentieth Century Sonatas, includes sonatas by Alban Berg, Samuel Barber, Henri Dutilleux and Fartein Valen. Similarly he has recorded Frank Tveor Nordensten's 24 preludes and fugues and participated in numerous CD recordings of chamber music.

In 2004-2006 Jørgen Larsen performed all of Beethoven's piano sonatas in a series of 8 concerts in Trondheim, with some of the concerts being repeated at the Grieg Academy in Bergen and the University of Tromsø (Department of Fine Arts, Conservatory of Music) as well as in Rønvik Church in Bodø.

Jørgen Larsenis a member of the Trondheim Sinfonietta, Trondheim Trio and Trondheim Quartet, as well as being orchestral pianist with Trondheim Symphony Orchestra.