A shortcut through the circuitry of memory

A shortcut through the circuitry of memory

The brain consists of billions of neurons that communicate by sending electrical signals to each other through an extremely complicated network of tiny wires in electrical circuits. Researchers knew that the hippocampus holds a simple and important circuit for memory, but now they have discovered a shortcut through the circuit.

When Professor Clifford Kentros came to the Kavli Institute to become a group leader in 2012, he brought a set of molecular and genetic tools that were specially designed to unravel the wiring and functioning of the brain. The Journal of Neuroscience chose to publish one important result from this research in September 2013, partly because Kentros and his colleagues at the Kavli Institute had discovered nothing less than a new pathway that constitutes a shortcut through the circuitry of memory. 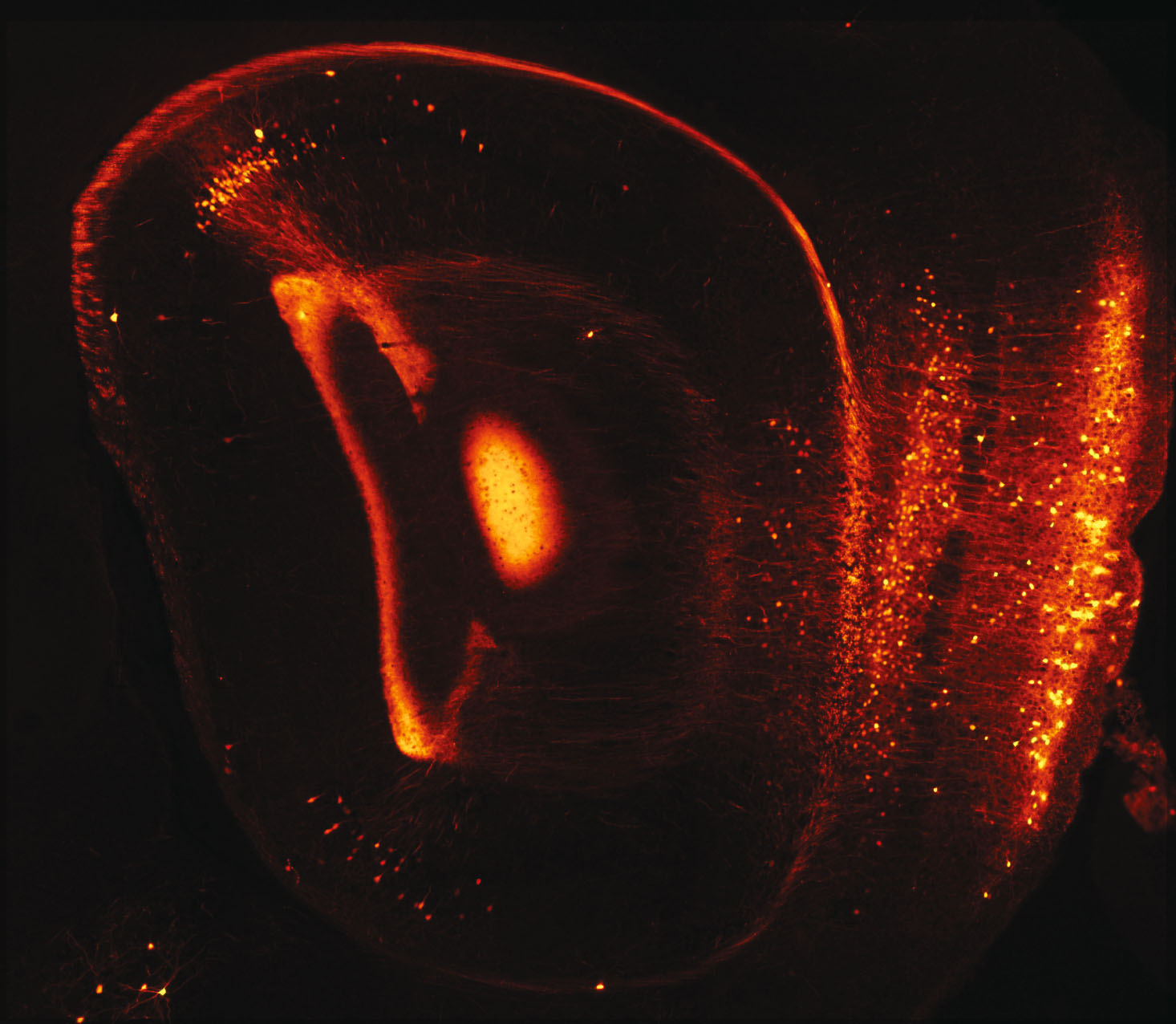 Anatomical discoveries of this magnitude in the brain are a rare thing nowadays, so the article made a big impact among neuroscientists. The article also proved the enormous potential of modern molecular neuroanatomical tools, because of their ability to determine the precise connectivity of the neuronal cell types that comprise the innate circuitry of the brain.

An amazingly simple circuit
"It is amazing to see how simple the circuitry of memory in the brain really is. The circuit is in fact a loop that starts with signals in the superficial layers of the entorhinal cortex," explains Professor Kentros.

Lose the circuit, lose your memory
It is easy to get lost among the names of all these small anatomical parts of the brain, but remember this: Each step in the circuitry of memory represents the processing of information, which is a very important process. If the circuit is broken, you will be unable to store new memories, explains Kentros.

The precise circuitry of the hippocampal region is interesting because studies of the rodent brain have shown that it contains a set of distinct cell types that represent position, environmental geometry, and direction. Four key cell types have been described in this broad neural circuit: place cells, grid cells, border cells, and head direction cells.

The entorhinal grid cells can be compared to a general map of the environment, whereas the place cells in the hippocampus can be compared to the red dot that says "This is where you are" on the map outside of your shopping centre, for example. The grid cells and the place cells need to talk to each other in order to keep your general map coordinated  with your specific location.  This is one of the important things that goes on in the circuitry of memory.

A rabid and useful virus
David Rowland and Clifford Kentros's discovery of a shortcut through the CA2 region suddenly made the circuitry of memory both more complicated and more interesting.

" Maybe you noticed that I mentioned CA1 and CA3 in the circuit, and that there was a number missing. Well, not anymore. We have known for a long time that the hippocampus also has a small region called CA2, but few neuroscientists have paid any attention to it. We discovered that the CA2 creates a shortcut that transmits signals directly from the hippocampus back to the superficial part of the entorhinal cortex, where the circuit starts," explains Kentros.

Rowland and Kentros used one of the many new smart tools in the neuroscientist's toolbox to discover the shortcut: A ‘tamed' version of the otherwise very dangerous rabies virus.

A normal rabies virus can infect the motor neurons in the part of the body where a person is bitten by a rabid animal. From there, the virus can jump into neighbouring neurons and infect them, and then make its way further up to the spinal cord and into the deep brain. Kentros and his colleagues instead used a genetically modified virus that can only jump once into a new neuron, so that it is ‘friendly' to neuroscientists instead of dangerous to people in general. The virus carries with it a protein that causes infected neurons to glow when the researchers shine a special light on them.

What is the circuit doing?
In science, every answer generates new questions. Professor Kentros now wants to find out what the shortcut through the CA2 is doing, and he has already started an investigation together with colleagues in Trondheim and at Columbia University in New York. This time, he is going to use a pharmacogenetic tool that makes it possible to turn the activity of neurons up or down, almost like when you adjust the volume on your amplifier with a knob. This tool will allow them to make recordings from neurons and see what happens in the CA1 – downstream from the CA2 – and in the entorhinal cortex itself, while they manipulate the activity of neurons in the CA2.

"I have a hunch about what we are going to find. Maybe the shortcut through the CA2 is a way of controlling that the processing in the longer circuit doesn't go wrong. But you cannot be sure without doing the experiments," Kentros says.