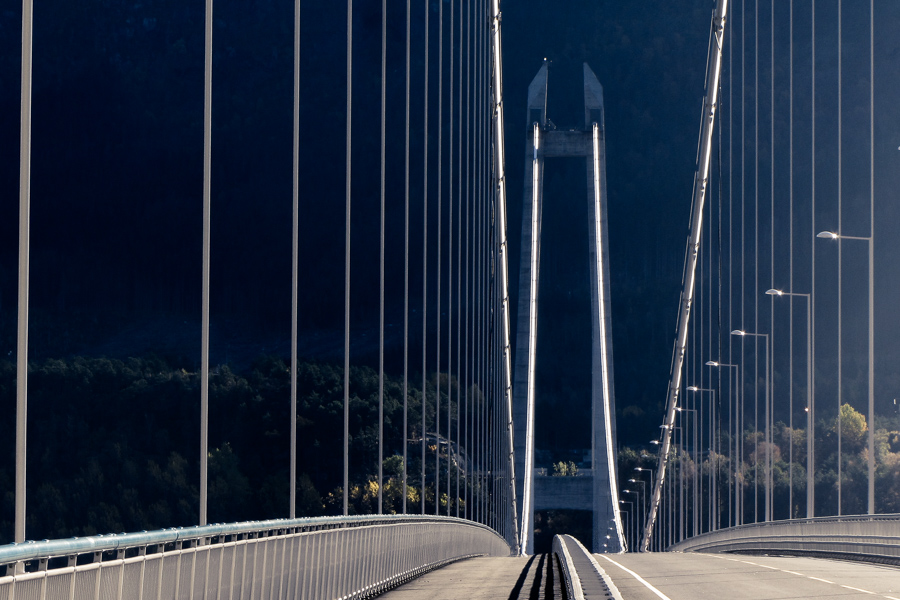 The Hardanger Bridge is a 1310 meters long suspension bridge, located on the western coast of Norway. It is the longest suspension bridge in Norway, and among the longest in the world. Our research on dynamic behavior of suspension bridges requires knowledge from several engineering fields; such as aerodynamics, signal processing, finite element analysis, and control theory.

A comprehensive structural monitoring campaign has been conducted on the Hardanger Bridge in order to improve the current understanding of the dynamic behaviour of floating bridges and their interaction with waves. We have also published the long-term measurements of acceleration responses and waves as an open data set.

In addition, wind tunnel measurements are also used to investigate the behaviour of the bridge deck. 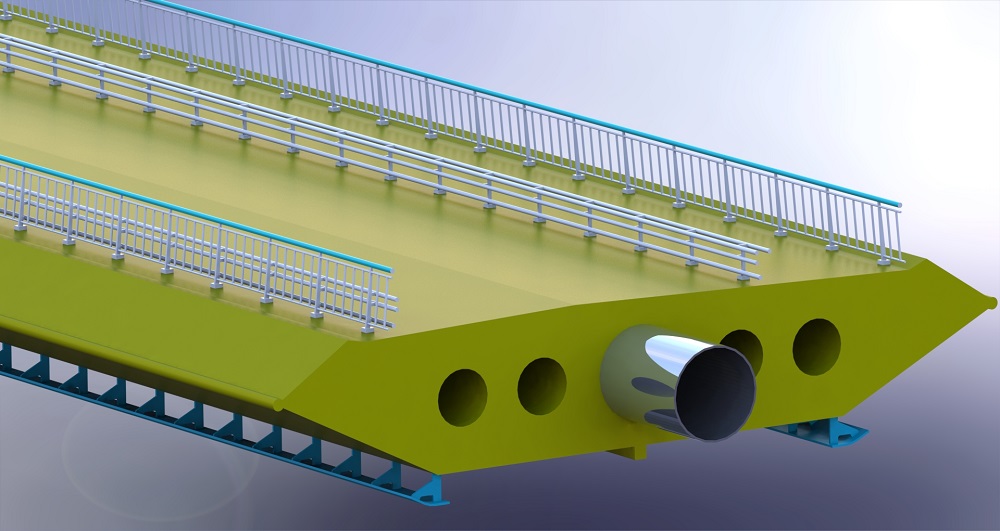 Using the data from the monitoring system, the modal vibration parameters of the bridge such as natural frequencies, damping ratios, and mode shapes can be found. The results are a highly valuable asset for several applications:

Modelling of the wind-induced forces on suspension bridges is crucially important for accurate prediction of the dynamic response.

The modelling of the environmental wind loads hinges on the description of the spatial and temporal characteristics of the wind field. The wind data from the field measurements will be used to characterize the wind field. Such studies reveals the uncertainties in the wind load models that propagate to the response prediction.