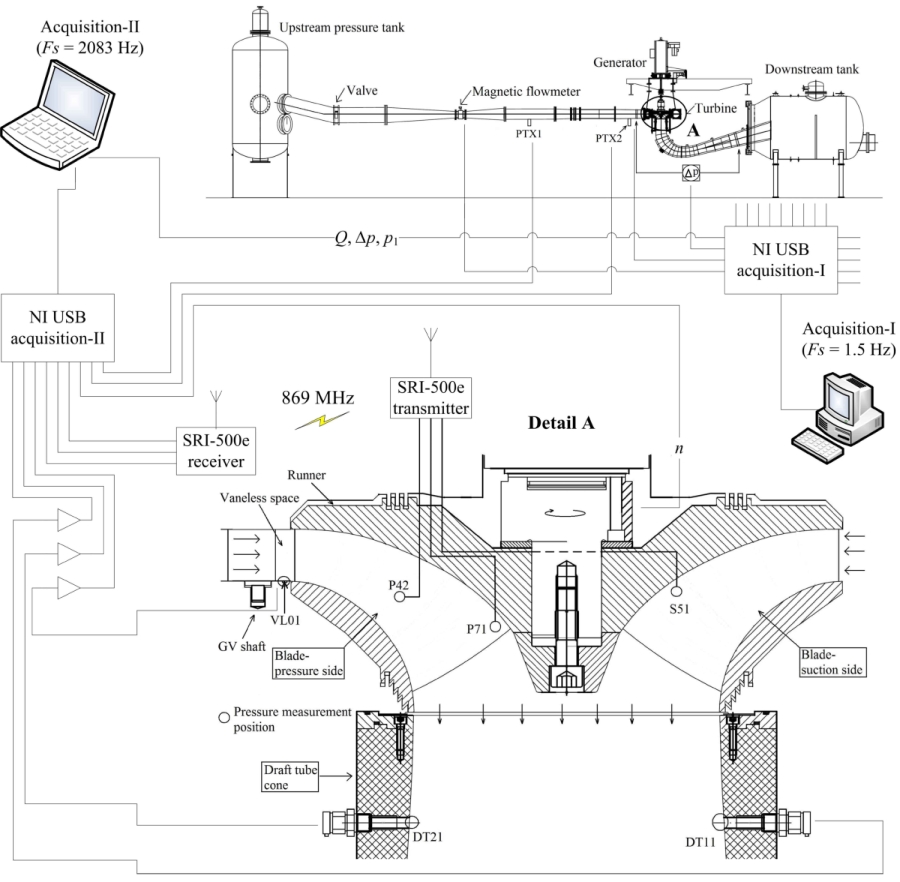 Before the pressure and velocity measurements, detailed analysis of the turbine performance was carried out. Total 10 different angle of guide vane were selected and 15 different speed values for each angle of the guide vane were selected. Thus, efficiency measurements were conducted at total 150 points. The constant efficiency hill chart was prepared. The maximum efficiency of 93.4% was observed at nED=0.18 and QED=0.2. Guide vane angles 3.9 degree and 14 degree correspond to minimum and the maximum loads of the turbine, respectively. For the first workshop three operating point were considered: (1) For PL, nED=0.215 and QED=0.07, (2) For BEP, nED=0.18 and QED=0.2, (3) For HL, nED=0.195 and QED=0.19. Table 1 shows the observed parameters at these operating points. These parameters should be used for the numerical studies and its validation. Cross sectional areas at the turbine inlet and outlet pressure measurement sections are 0.0872 m2 and 0.2360 m2, respectively. The Gravitational constant at the laboratory location is 9.821 m s-2. The reference diameter of the model Francis runner is 0.349 m. The kinematic viscosity is 9.57E-7 m2 s-1. The Reynolds numbers at BEP are 1.8E6. 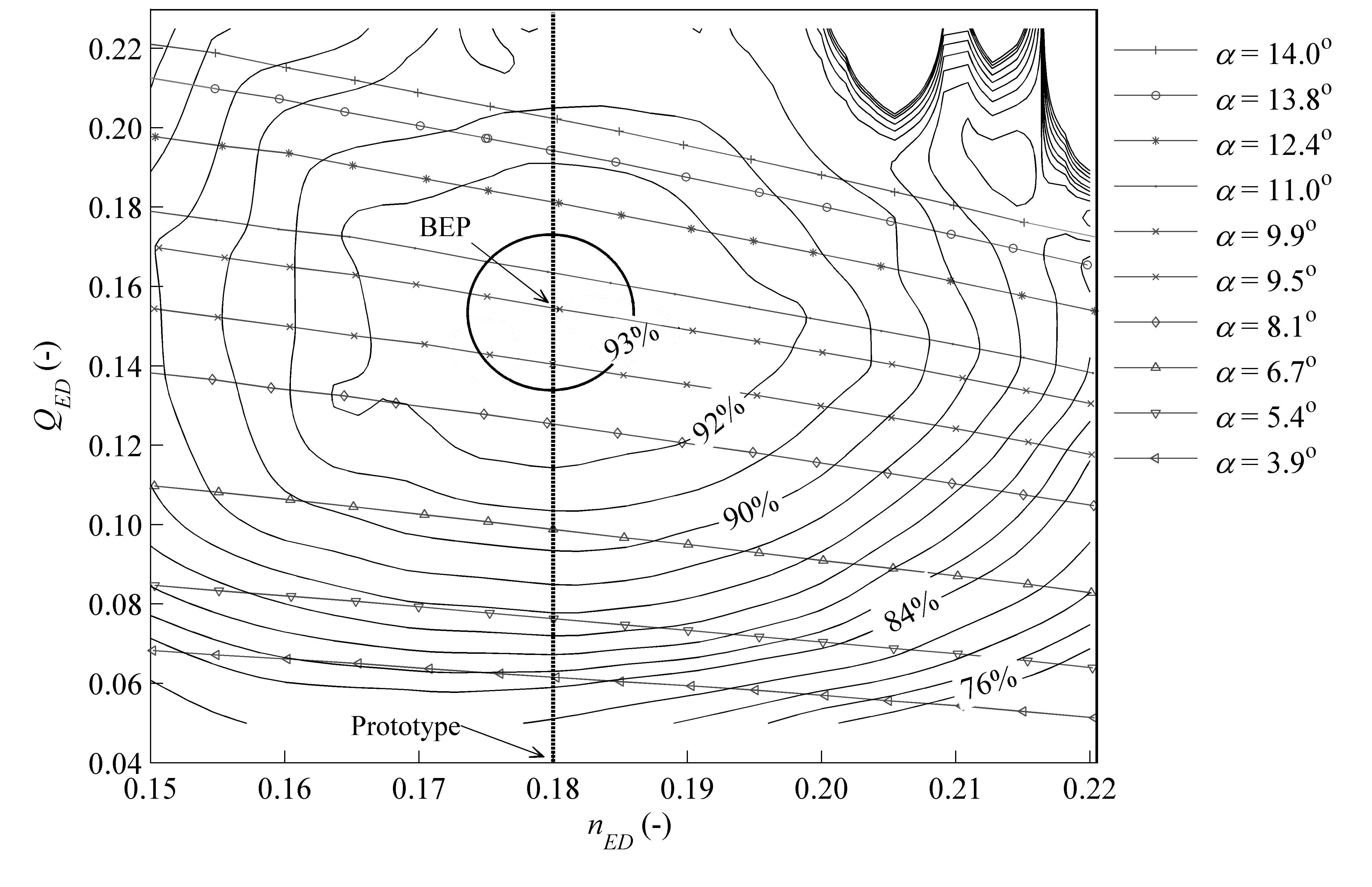 Unsteady pressure measurements were carried out at six different locations as shown in Figure 1. The same operating points were selected for the pressure measurements. The pressure values were acquired at a sampling rate of 2083 Hz. The pressure values might include frequencies related to electrical power, 50 Hz and its harmonic. The pressure sensors and data acquisition system were powered by grid supply. However, this can be filtered out by using available standard filters. The maximum uncertainties of VL01, P42, S51, P71, DT11, and DT21 sensors are ±0.15%, ±0.62%, ±0.22%, ±0.45%, ±0.15, and ±0.15% of the measured value, respectively [2]. 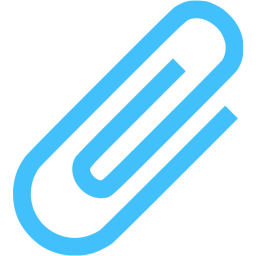 LDA and 2D PIV were used for the velocity measurement in the draft tube cone. LDA is composed of a Spectra-Physics Model 177G, equipped with a Burst Spectrum Analyzer (BSA) from Dantec Dynamics. The LDV probe was mounted on a traverse table with the probe perpendicular to the glass wall of the index-matching box. The perpendicularity was checked with optical methods with an accuracy of 0.2 degree. The front lens had a focal length of 310 mm. The seeding particles of Expancel 46 WU 20 with an average diameter of six µm were used. The L1 and L2 sections are at the distance of 0.064 and 0.382 m from the runner outlet, respectively. For the 2D PIV system, pulse light sheets with a thickness of about 3 mm were generated by a Litron Laser NANO L100-50PIV. The illuminated field was recorded by a four megapixel camera (VC-4MC-M180). TSI seeding particles, with a density of 1.016 g/cc, refractive index of 1.52 and mean diameter of 55 µm was used during the measurements. The PIV measurement data were sampled at the rate of 40 Hz. About 750 paired images with a time difference of 200 µs were recorded at each measurement section.

Velocity measurements (axial and tangential) were performed with LDA along two horizontal lines in the draft tube. The two lines L1 and L2 are located 64 mm and 382 mm below the draft tube inlet, respectively.

The velocity data is available In the following file for the three operating points investigated: PL, BEP and HL. Positive axial velocity is defined in the stream-wise direction and the tangential velocity is positive in the runner rotational direction. However, vibration were induced in the test rig at the BEP and HL, Which interfered with the measurements at These conditions.