Bachelor's programme in language and literature

This programme is the study of Norwegian and Scandinavian literature and language in interplay with the media and cultural expressions in a larger global context.

The Norwegian language has connections with other languages and cultures, and Norwegian literature may not be seen as a distinctly Norwegian phenomenon.

Texts by Norwegian authors Erlend Loe and Hanne Ørstavik may not be properly understood before they have been placed in a contemporary mass media context in today's world of cultural globalization. In this manner, Norwegian classical authors Hamsun and Ibsen, as well as the Icelandic Sagas may not be understood without their contemporary context.

The aim of the programme is to enable students to analyze and understand Norwegian literature and language with a modern systematic and historical approach.

Both disciplines have Norwegian as their central object of study. With basis in both classical and modern texts, students are provided with training in linguistic and literary analysis and methodology. Through the overview provided in the programme students are given an historical framework for understanding our present time, both in the fields of language and literature.

Since significant parts of Nordic Language and Literature are interrelated to a broader understanding of modern society, impulses from other subject areas are relevant to the course of study:

The programme of study also aims to further develop the students' proficiency in the two official Norwegian written languages. Skills in written presentation is therefore an integrated part of the academic content of the programme. 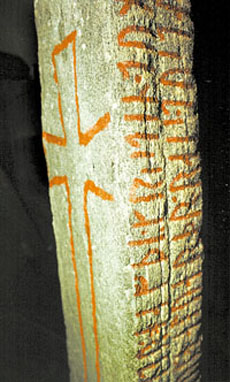