– Annual activity for the Program

The aim of the program is to get to know each other and to learn more about sustainability, innovation and renewable energy. 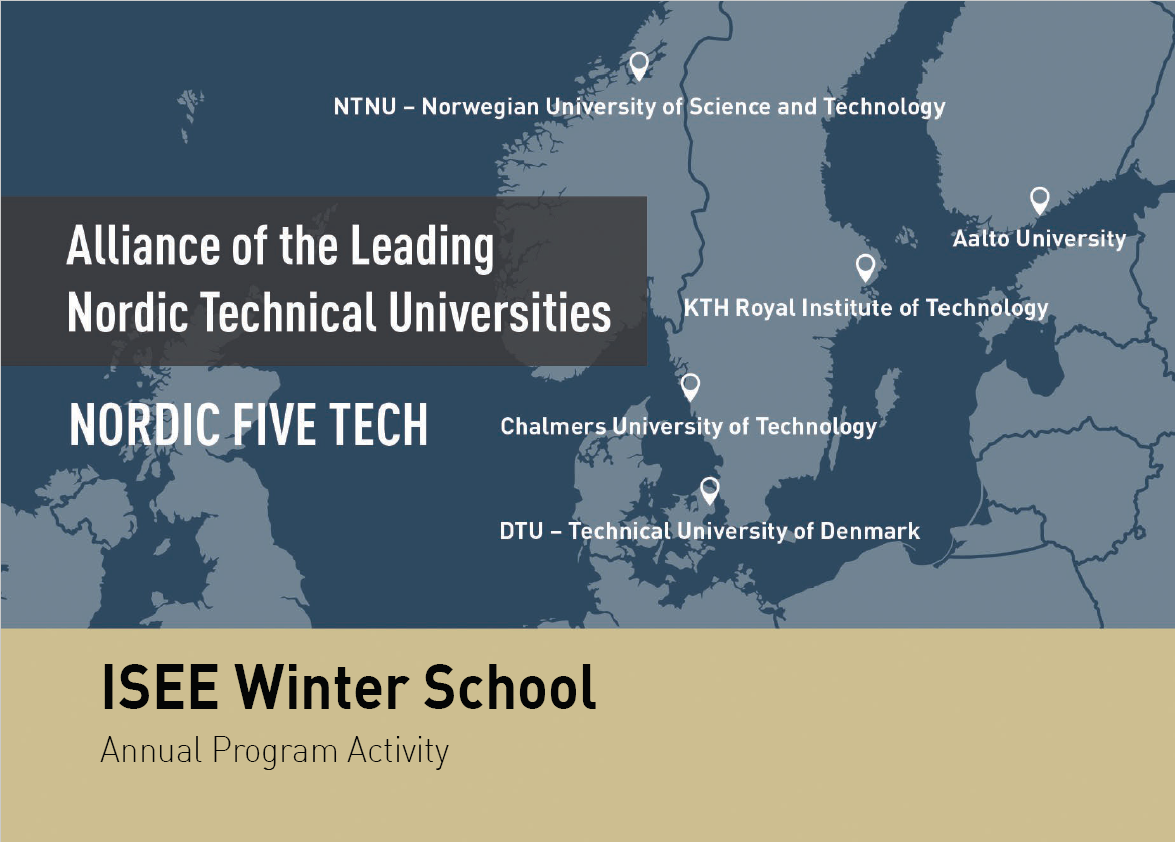 This year’s project was to cover the entire electricity needs of a Finnish horse farm by 100% renewable energy solutions. All the students were divided into five different groups, where each group had students from all the different study tracks. Input parameters, e.g. the annual manure weight produced and prices for wind energy, were provided. The students started the project with great interest on Day 1. In the evening, we all went to dinner in a restaurant located at the Old City Bridge with a nice view over the main building at campus Gløshaugen, the Nidelva river and the Nidarosdomen cathedral. The day ended with a round of minigolf.
Day 2 started with scientific presentations within sustainable energy from the different board members. After lunch we had an interesting visit to the Powerhouse at Brattøra. We were given a detailed presentation of all the calculations made to plan the building process. The building is energy-positive and will generate more energy in its operational phase than through the production of building materials, construction, operation and disposal of the building. The roof and some of the sides are for example covered with solar panels, using solar energy as one of the energy sources for the building.
A new bus transported all participants to campus Gløshaugen. Everybody got the opportunity to eat waffles with brown cheese while they continued their work with the project work. The students were given a tour at the National Smart Grid laboratory that is located at NTNU Gløshaugen.
In the evening all the students walked down to the city center, with a detour to the Nidarosdomen cathedral. One of the highlights of the winter school was that all the students travelled with a vintage tram up to “Bymarka”. At the final stop, we walked up to the Lian restaurant with a fantastic view of the entire city.
Day 3 was spent with presentations from all the five groups. All the students helped evaluate, given feedback and voted for a winner. The winning team was given a powerbank each, as winning prize. We ended the winter school with lunch at the NTNU Gløshaugen campus.

Day 1:
Everybody met up at the campus in Lyngby in the afternoon of the 31st of January. The winter school started with some ice breaking activities, so that all students and board members could get to know one another. All the students were divided into groups across the study track and were given a project work that lasted for the whole winter school. The project used the Paris agreement (COP21) accords as a basis, and the groups evaluated the different options on how to approach a sustainable energy future by choosing two countries. Then, the whole group went out for dinner at Meyers Spisehus, after a couple of hours of group work and checking into the hotel in Lyngby.

Day 2:
We started the day early with a bus ride from Lyngby to DTU’s campus in Risø. Here, we had a tour at the mechanical workshop and the wind tunnel. All students and board members were amazed by the enormous wind turbine that was installed. The bus took the whole group around campus with a guide, before a short coffee break.
Four motivation talks were given by: Kaushik Das from DTU Wind Energy, Jesper Ahrenfeldt from DTU Chemical Engineering, Kenneth Karlssen from DTU Nordic Energy Research and Sune Thorsteinsson from DTU Fotonik. The rest of the day was used to do group work before a social dinner in Copenhagen took place, at The Fat Pike.

Day 3:
All the groups presented their work for the other students and the board members. The countries that were chosen were mostly their own, like Italy, China, India, Egypt, USA and Finland. Poul Erik Morthrost had a motivation talk about the challenges we are facing with sustainable energy, what plans EU has for lowering emission, and goals for the future. The program was over after lunch and was followed by goodbyes. Many of the students stayed in Copenhagen for the weekend after the Winter School.

Thirty-nine students from all around the world came to Chalmers University in Gothenburg 7th to 8th February 2017.

Presentations by the academics during Day 2:

Thirty-four students from all around the world came to Aalto University in Helsinki 26th to 28th January 2016. They had one thing in common: A passion for renewable energy! In the evaluation 28 of 33 students evaluate the Winter School 2016 as good or very good, and 91 % of all the students evaluate the event as very useful for the ISEE Program.

“Thanks for the experience it was a great trip”, ISEE-student

“It was a great week! Amazing people, great to experience Helsinki and to meet classmates. The programme was really good.”, ISEE-student

Waste-to-energy: Puts unwanted waste to use

A highlight of the program was the excursion to Vantaa Energy. Vantaa Energy is one of Finland’s largest city energy companies. They produce and sell electricity and district heating and offer natural gas to industry. Vantaa is proud of their waste-to-energy plant, completed in 2014, that puts unwanted waste to use.

Students in the bioenergy study-track appreciated the visit to VTT Technical Research Centre of Finland Ltd. One of their services is to convert biomass and waste to liquid fuels. The students could see how solid biomaterials may be converted with high efficiency into liquid biofuels using fast pyrolysis. The aim is to replace fossil fuels. Students also had the opportunity to visit the Labs at Aalto University.

“The labs had good content, especially the carbon capture and storage! And good coffee! :-)” ISEE-student

On Tuesday we had a dinner for students and professors, in order to mingle and to get to know each other. Last but not least, students were able to experience some of the national pride Wednesday night. The Sauna night was really popular among the students, and we got a taste of real Finish culture at its best.