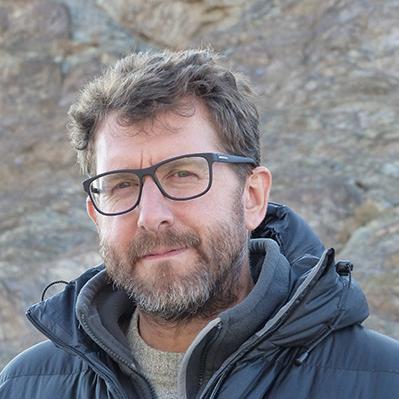 I study ecological globalisation. My background is in medieval, historical and environmental archaeology, with special interests in the trade of fish, furs and ivory. I am particularly drawn to the complex links between rural and Indigenous producers of the north and (often distant) urban consumers, and their implications. Thus I am also interested in the construction of local (including island) identities and the social, economic and ecological consequences of resource depletion and/or sustainability.

In methodological terms, most of my research has involved the combination of archaeological science, medieval/historical archaeology and history, with the ultimate aim of reconciling archaeology's divergent scientific and humanistic traditions. I started academic life as a zooarchaeologist, but have since been directly or indirectly involved in applying a diverse range of techniques and am better described as a historical ecologist. As a proponent of the holistic study of historical ecology, I am equally interested in the study of ecofacts (bones, plant remains, soils, etc.) and artefacts. Much of my research relates to the study of marine resources, but I am interested in the interface of nature and culture on land and sea.

I am presently one of four Principal Investigators of the ERC Synergy Project 4-OCEANS, a 10 million Euro initiative exploring global historical ecology through meta-analysis and primary scientific analysis of ten marine taxa (key examples being walrus, bowhead whale and cod). I also coordinate a long-term project, the Northern Seas Synthesis, to harvest the power of archaeological fish bone records for archaeology, environmental history and conservation biology. Examples of other collaborative projects include the Demise of the Atlantic Grey Whale (as supervisor of Youri van den Hurk's Marie Skłodowska-Curie Individual Fellowship at NTNU), the SeaChanges Innovative Training Network (led by the University of York), FoodImpact (led by the University of Oslo with funding from the Research Council of Norway) and the Glacial Archaeology Program which is rescuing the archaeology of reindeer hunting sites melting out of ice patches in Jotunheimen (led by Oppland County Council).

I have previously worked at the University of Toronto (1996-1998), the University of York (1999-2007) and the University of Cambridge (2007-2021). At the latter, I remain a Senior Research Fellow of the McDonald Institute for Archaeological research. I moved to a professorship at Trondheim in July 2021, to join a university fully committed to sustainability and oceans (two of NTNU's four strategic research areas), and to realise a lifelong goal of living among forests, mountains and fjords.