The NTNU GenderHub is housed within The Centre for Gender Research at The Department of Interdisciplinary Studies of Culture (KULT), and extends an interdisciplinary network across the university. Anyone from any discipline interested in working on gender, diversity, sexuality, and equality, as well as in broader fields like responsible research and innovation (RRI) and qualitative research, are welcome in the network. You can find relevant people, connections and links on the NTNU GenderHub website. Join our mailing list to keep up to date on events and networking opportunities. Events are also published on our Facebook page.

Gender is an important thematic element in the European Union's policy on Responsible Research and Innovation (RRI) in the Horizon 2020 program. We work actively to integrate gender equality at NTNU. More information on RRI at NTNU.

About the NTNU GenderHub and Gender Studies

GET IN TOUCH!
People and Networks

Who runs the GenderHub? Want to network? Looking for people to interview about gender?

Where can I find collaborators? What other networks can I join?

Begin by looking at some existing projects of interest at NTNU:

Check out the PhD programme in Interdisciplinary Studies of Culture

Here are links to the BA and MA programmes offered by the Department of Interdisciplinary Studies of Culture, NTNU, where you can study gender, ethnicity, diversity, gender equality, and sexuality:

If you are working on gender equality in the organization, there are several resources available for you: 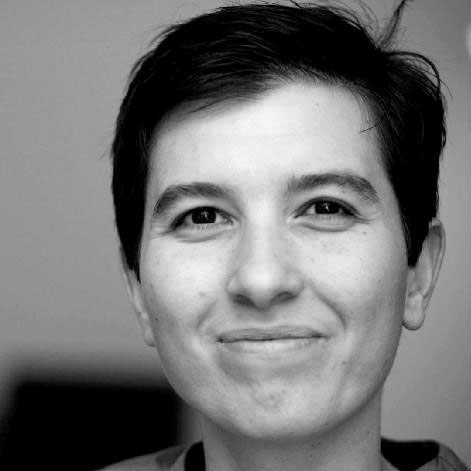 On 26 June, doctoral candidate Deniz Akin will give a trial lecture and then defend her dissertation Queer Challenges to the Norwegian Policies and Practices of Immigration: Asylum seeking in Norway on the grounds of sexual orientation-based persecution.

Akin has been active in the academic and public debate in Norway around queer asylum seekers, arguing that they have to fit into a particular Norwegian model of “being gay” in order to be viewed as credible.

Bioart collaborations across the Atlantic

Bioart collaborations across the Atlantic 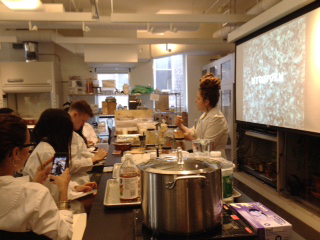 Last month, Merete Lie made a short field trip to the School of Visual Arts in New York. This was a follow-up of a project on SciArt/BioArt in cooperation with professor Lisa Cartwright, UCSD, and artists Christina Lammer and Suzanne Anker. SciArt and BioArt are art practices using scientific technologies and methods, generally with the aim of questioning developments within the field of biotechnology.

Anker is chair of the School of Visual Arts and an active bioartist. Once a year, the school organizes a summer course in bioart for artists and art students. Lie and Cartwright seized the opportunity to do a short fieldwork during the first week of the course to get an introduction to the ideas behind the practices of bioart, the techniques that are used, and the students’ motivations for entering the field. We are working towards a collected volume with the working title: Sci-art Expanded: Women in the Lab, the Clinic and the Field, to be published both in print and on a web platform through which the authors may contribute extensive visual material. 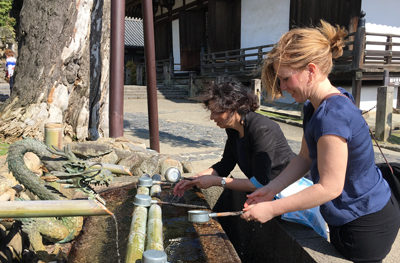 In April Professor Priscilla Ringrose and Associate Professor Guro Korsnes Kristensen visited Japan as part of an NTNU delegation headed by Vice President Kari Melby and coordinator of international affairs Nina Sindre. The aim of the visit was to establish long-term collaboration with relevant Japanese researchers and institutions. With the help of NTNU’s “man in Japan,” Adviser for Research Hiroshi Matsumoto, the two gender researchers were able to visit several institutions throughout Japan, such as Nara Women’s University, which is the oldest university dedicated to women, and Ochanamizu University in Tokyo, where there is a very active Institute for Gender Studies Centre. At  Ochanamizu University there had been planned a symposium under the heading “Gender Equality in the Happiest Country: Gender Research and Work-Life Balance in Norway,” which attracted one hundred participants and was impressively organized with simultaneous translation both into Japanese and English.

During the five-day visit, the Norwegian gender researchers were also able to visit Sendai, a city heavily affected by the earth quake and tsunami in 2011. In addition to a formal visit at Tohuku University in Sendai, the delegation was invited to Sendai Gender Equal Opportunity Foundation, which is supported by the Norwegian government, and to the Mayor of Sendai, one of very few female mayors in Japan.
In addition to providing a very interesting experience of Japanese culture and research, the visit has resulted in an upcoming signing of a formal collaboration agreement between NTNU and Ochanamizu University, which will be completed when a Japanese delegation visits Trondheim in September 2017.