Francis-99 is a series of three workshops, which provides an open access of the complete design and experimental data of a model Francis turbine. It is an open platform for young researchers/students and gives the possibility of exploring their capabilities/skills in numerical modelling. The researchers can use these data and conduct state-of-the-art numerical studies by applying different tools and techniques.

The second workshop was organized during December 14-15, 2016, which focused on transient operating conditions of Francis turbines, i.e., turbine startup, shutdown and ramping.

The third workshop was organized during May 28-29, 2019, which focused on fluid structure interactions in Francis turbine. However, in this workshop, two test cases were provided: (1) Hydrofoil and (2) Francis turbine. The hydrofoil test case aimed to investigate fundamental research, and the turbine test case aimed to investigate applied research. Parameters such as study of mode-shape, nodal-diameter, deformation, fatigue loading, estimation of fatigue life, individual/combined natural frequencies, hydrodynamic damping, harmonic response, etc. were investigated. In total 11 papers were submitted to the workshop and around 35 participants from different countries, Canada, Spain, Germany, Croatia, Sweden, North Macedonia, Norway, etc., joined the workshop.

On the first day, the workshop was started with opening speech by Chairman, Professor Torbjørn K. Nielsen then summary of Francis-99 workshop by Chirag Trivedi. Research and development activities as well as ambitious plans of NTNU in energy sector were presented by Professor Johan Hustad (Director of NTNU Energy). Hege Brende (Executive Director of HydroCen) presented research work in FME-HydroCen. Two keynote presentations were planned for the first day. The first keynote presentation delivered by Professor Eduard Egusquiza from UPC Spain. The professor has presented research activities in his laboratory pertained to fluid structure interactions and real-time monitoring of rotating machinery at the hydropower plant. Second keynote presentation was delivered by Bjarne Børresen (Multiconsult-Norway), “Runner cracking – ten years later.” He emphasized needed research to reduce the risk of runner crack and requirement credible as well as combined effort to overcome the cracking problem. He also presented statistic based on turbine head, size and specific speed and cracking problems in last three decades. After the keynote speech, research from different authors of Francis-99 papers was presented.

Second day was started with keynote speech from two eminent professors from Laval University-Quebec, Professor Claire Deschênes and Professor Sébastien Houde. Research activities in the Laboratory on Hydraulic Machines (LAMH) were presented that included measurements on propeller turbine, Francis turbine, fluid structure interactions, strain gauge measurement, computational fluid dynamic analysis, basic and applied research, etc. Then, research from different authors of Francis-99 papers was presented. After lunch, research in the Waterpower laboratory, especially HiFrancis and H2020 HydroFlex projects, was presented by Professor Ole Gunnar Dahlhaug and led discussion on next Francis-99 workshop series. Should we continue the Francis-99 workshop series and, if yes, what should be test case? The discussion was very much informative extended beyond one hour. Several researchers provided their wishes for next workshop/series. Large part of discussion was focused around hydrofoil type test case for future workshop that will help to understand fluid structure interactions in further detail with robust verification and validation.

The workshop was ended with closing remark from the Chairman, and acknowledgement from Chirag Trivedi. The workshop series was contribution of several researchers, authors and universities during 2009-2019. This could have not been very successful without teamwork and dedicated effort as well as financial support from different research projects in the Waterpower Laboratory. Later, laboratory visits were arranged that included smart grid laboratory, smart house and the Waterpower Laboratory.

The Francis-99 organizers are very much thankful to all who joined the workshop series and their direct/indirect contribution to make it successful from December 2009 to May 2019. 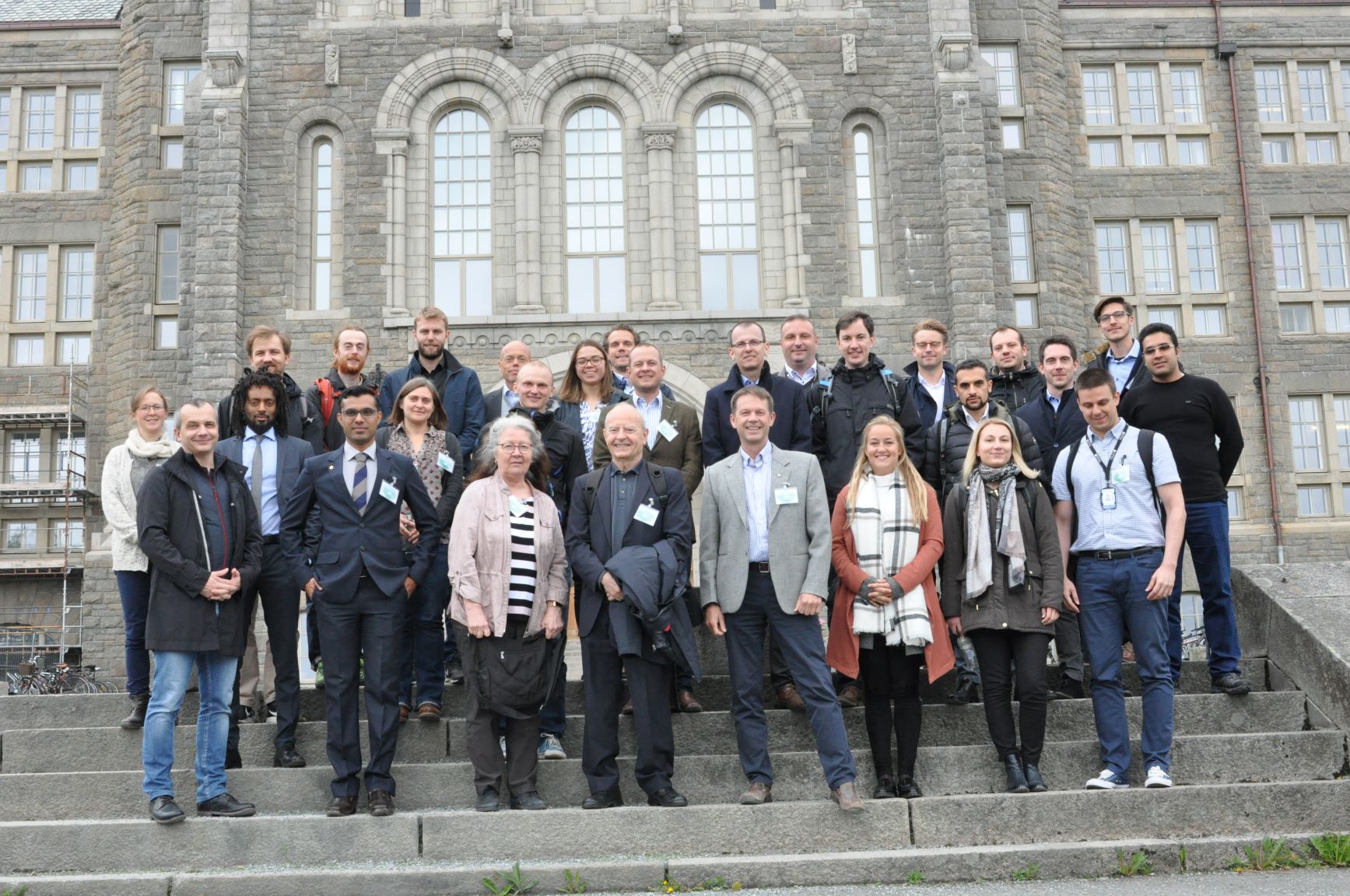