Title: The 2017 Nobel Prizes in physics and chemistry

In this seminar, I will describe the technical development of spin-resolved inverse photoemission in the VUV range with respect to efficiency as well as energy, momentum and spin resolution since the beginning until today.

I will give a review about important results obtained by this technique. For about three decades, exchange-split electron states of majority and minority spin character at ferromagnetic surfaces and in ultrathin films were the topics of interest. Recently, spin textures in momentum space caused by spin-orbit interaction in Rashba systems and topological insulators offer a new field of application for spin-resolved inverse photoemission.

I will present a selection of examples, from small and giant Rashba splittings to rotating spins, influenced by the specific symmetry of the system and the orbital character of the respective states.

Title: The MATS satellite: Probing the mesosphere in 3 dimensions

Abstract: The mesosphere is the region of the atmosphere covering altitudes between 50-100 km. This region has in the past generally been ignored by weather-forcast and climate models. However, in recent decades it has become clear that this region can provide vital clues in predicting the weather for medium-range and seasonal forecasts. To complicate things, this region is expected cool (yes cool...) dramatically in the future due to the ever increasing concentration of greenhouse gases in the atmosphere. In fact, some scientists argue that while we nowadays regularly observe ice clouds in the region (so called noctilucent clouds), these where actually non-existent prior to the industrial revolution. Making them a clear "miners canary" of climate change.

The main driver of air motion in the mesosphere is atmospheric gravity waves (also called buoyancy waves). These are generated by small scale perturbations in the lower atmosphere and propagate upwards to the mesosphere, where they break. Thus in order to correctly model the mesosphere, a thorough understanding of the global distribution of these waves is needed.

For two years I have been involved in a small Swedish satellite mission called MATS, whose goal it is to provide the first global map of mesospheric gravity waves in three dimensions. To do this we will use a method called limb tomography. Here, the same area of the atmosphere is imaged from different directions and a 3D reconstruction is performed during the post-processing.

The talk will centre around the motivations for this satellite mission, the technologies we use to realize it, and the methods which we apply to process the data.

Abstract: Heterostructured III-V semiconductor nanowires have attracted considerable attention in recent years due to their potential in future nano-electronic and nano-photonic device applications. The III-V nanowire project at NTNU today involves the epitaxial growth (MBE), structural (HRTEM), nano-optoelectrical characterization, as well as processing (NanoLab) of devices. In this talk, I will give some highlights of our work since the first GaAs nanowires were grown in our lab in 2006.

For deep ultraviolet AlGaN based LEDs, in need for various disinfection and sterilization purposes, the concept offers a real advantage over present thin film based technology. Such UV LEDs are today very expensive and inefficient due to the lack of a good transparent electrode (ITO is absorbing in deep UV), the high dislocation density in the active thin film layers, low light extraction efficiency, and the use of very expensive semiconductor substrates or buffer layers of AlN. Both NTNU (using MBE) and our spin-off CrayoNano (using MOCVD) are now developing UV LEDs based on the growth of AlGaN nanostructures on graphene as will be further discussed in my talk.

Abstract: The concept of self-assembly of amphiphilic biocomponents such as lipids, proteins, nucleic acids, and polysaccharides is indispensable in “bottom-up” design of advanced biomaterials (functional gels or biointerfaces). In this seminar, self-assemblies of amphiphilic polymers such as block copolymers (polymer vesicle) or graft copolymers(nanogels) are introduced and  their bio-inspired functions (application to nanoreactor, drug delivery system, and tissue engineering) are discussed. 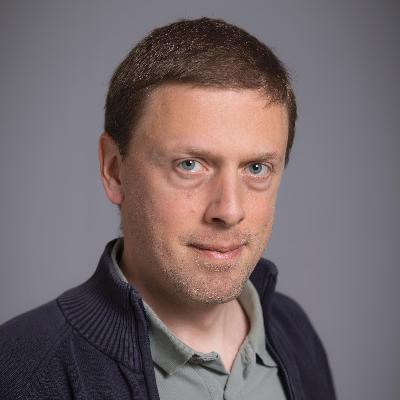