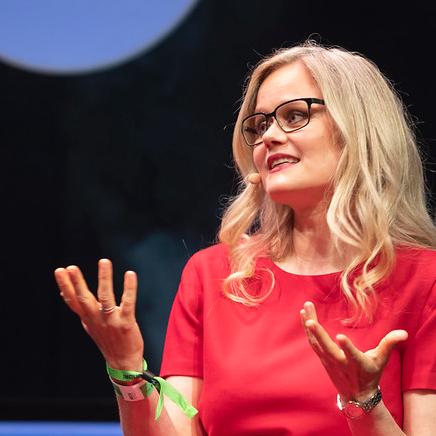 I have published widely on Greek and Roman literature, and issues of classical reception (for full list of publications, see CV). I have contributed to a longstanding debate in Latin scholarship through my book Ovid’s Early Poetry, Cambridge University Press (2014), which deals with the authenticity of Ovid’s epistolary poem Heroides 15 in the context of the mediaeval manuscript transmission, several hundred years of scholarship and the entire output of Ovid’s earlier career, covering around 10,000 verses, the equivalent of Vergil’s epic the Aeneid.

I am the main co-editor (with Dr. Iris Brecke and Prof. Stephen Harrison) of the multi-authored volume Greek and Latin Love: The Poetic Connection, Walter de Gruyter (2021), which investigates poetry as an important vehicle for the idea of (true) love throughout antiquity, thus balancing the focus on sexuality over love and prose over poetry in current scholarship. I am the sole-author of two chapters in this volume.

I am the main co-editor (with Prof. Stephen Harrison) of Roman Receptions of Sappho, Oxford University Press (2019), which is the first volume entirely dedicated to this topic. The volume offers a wide range of readings of the Greek woman poet Sappho through the poetic lens of male Roman authors, such as Catullus, Vergil, Horace, Propertius, Ovid and Martial. Included in this publication is also the most complete collection of Sappho testimonies (c. 600 BCE-CE 1000) to date. I  am the sole author of five chapters and the main author of a sixth in this volume.

I have explored how prose resembles and differs from poetry, focussing on the former in  the multi-authored volume Dynamics of Ancient Prose, de Gruyter (2018), of which I am main co-editor, also with Prof. Stephen Harrison. The volume deals with the frequently neglected, yet vital genres of biography, the novel and apologetic literature in Greek and Latin of the Roman empire. In this volume, I am the main author of the introduction and the sole-author of one chapter on the rhetorician Fronto's epistolary  and philosophical correspondence with the young Marcus Aurelius.

I am the sole-editor of The Cambridge Companion to Latin Love Elegy, Cambridge University Press (2013), which traces the main characteristics of a strongly political genre in the late Roman republic and early empire, as well as the genre’s understudied, widely influential legacy from late antiquity up until today. I am the author of three contributions to this volume.

Initially inspired by my many students who came to Classical Studies partly by way of computer games, my fascination for the surprisingly strong relationship between one of the youngest of the academic disciplines, game studies, and one of the most ancient, Classical Studies, led me to sole-editing the multi-authored volume Greek and Roman Games in the Computer Age (2012), where scholars from a wide variety of disciplines explore abstract as well as applied aspects of an increasingly important field of classical receptions.

Feminist perspectives, gender studies and literary theory are important influences in my research, as seen especially in my doctoral dissertation Scribentis imagines in Ovidian authorship and scholarship (University of Bergen, 2007).

In Norwegian, I have published a collection of fifty essays, exploring concepts of cross time meaning in written documents and literature through five thousand years (Kom ikke uten begjær, 2011). I have contributed as co-author to a textbook on ancient civilization (Antikkens kultur, 2010) and I have published the first translations with scholarly introductions and notes in Norwegian of the love elegies of Ovid (2001, 2002, 2006 and 2009), all in the metrical form of elegiac couplets. I have also published on the reception of classical rhetoric in the first Norwegian history, De antiquitate regum norwagiensium (c. 1170), by Theodoricus, so-called monacus.

I am co-leader of the research group The Classical Ages, which has a particular emphasis on antiquity and the 18th century, exploring dynamics of past aesthetic expressions that shape our present. An important part of the research group's mission is to further the development of a unique method informed by recreations.

Over the past years I have been developing research projects about ancient rhetoric and neural systems, as well as about female authority in antiquity.

From 2015-2020 I was the principal investigator of a research project funded through the Research Council of Norway’s Young Research Talents’ scheme, The Heterosexual Tradition of Homoerotic Poetics.

I believe that outreach is vital to academic life. As the academic editor-in-chief, I am very happy to manage, in joint collaboration between NTNU and the Gyldendal publishing house, the long-term book series Kanon, which aims at publishing translations of ‘all’ the classical texts into Norwegian during the next decades (2014–). The project involves the active recruitment of translators who know Greek and Latin.

I am a founding board member of the Classical Resources in School programme (Klassiske ressurser i skolen, 2014–), focusing on the trove that classical disciplines represent in school curricula and promoting the study of Latin in schools; a convenor of the Classics for All day (Klassisk for alle, 2015–), dedicated to outreach activities to pupils and students in particular; the founder and convenor of the Breakspear Lecture (2015–), featuring high profiled academics; and the artistic director of SPOR, a festival for literature with a special focus on translations and the history of ideas.

I am frequently invited as a public speaker, and I feature regularly in local, regional and national media, especially newspapers and radio. I have also been in several TV shows and been the long-term contributor to different shows in the national broadcast radio channel NRK P2 and the weekly, national newspaper Morgenbladet.

Any topic for bachelor and master thesis, especially Greek and Latin poetry, which can be related to the translation project Kanon: Antikken på norsk in cooperation with Gyldendal norsk forlag. Potential PhD students are welcome to discuss topics.