After 3 years of storage, the same material used for the Trondheim Gridshell was reused for a pavilion at the 2018 Pstereo music festival in Trondheim.  The idea for reuse was initiated by a group of 1st and 2nd years students of architecture who did an initial design of the shape. A similar shape was then form found with a version of dynamic relaxation in Grasshopper that also checked the minimum curvature at each timber lath.

The material could easily be disassembled, and the pavilion stood for 3 days, demonstrating that timber gridshells can be suitable for temporary installations. 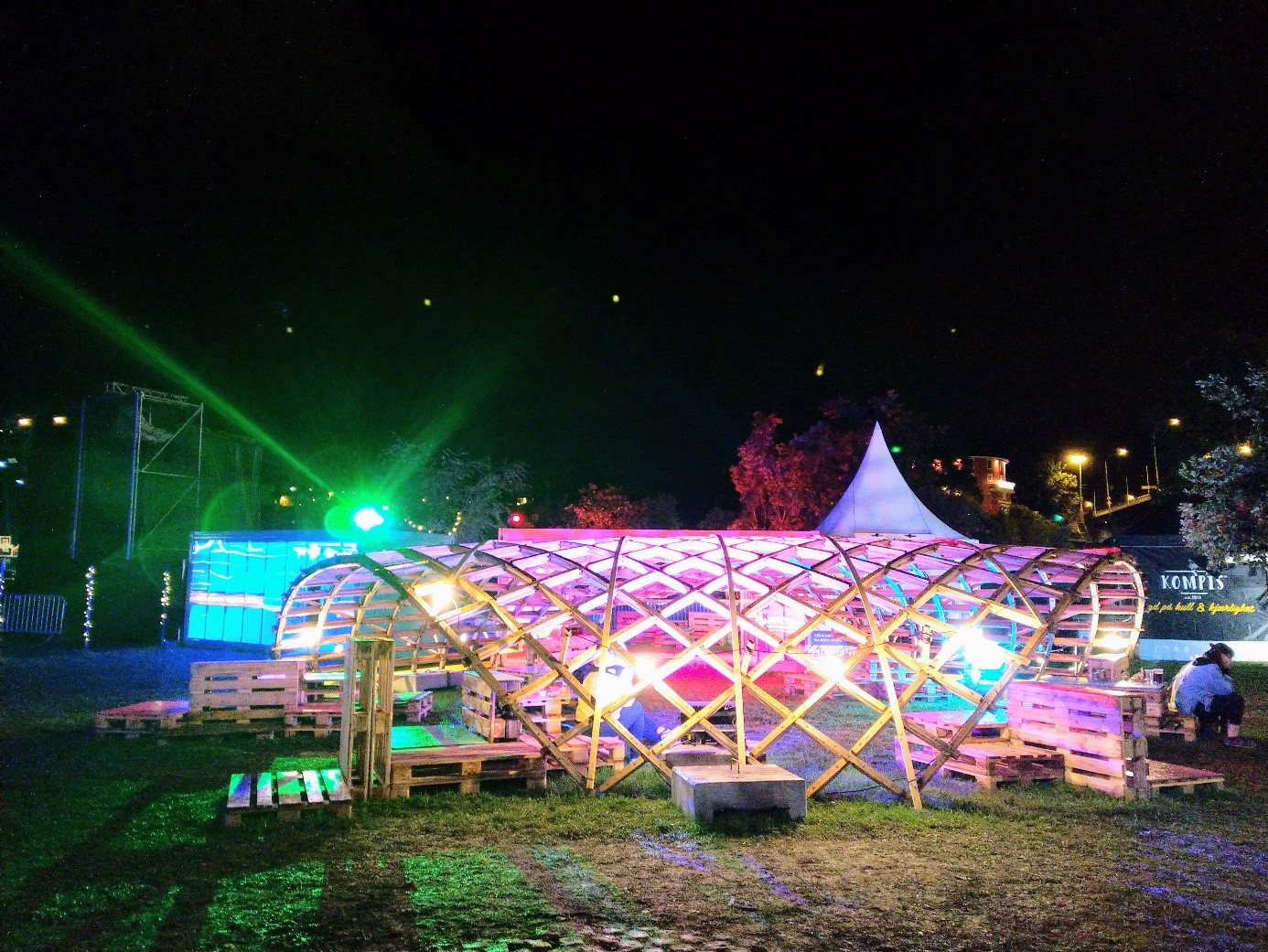 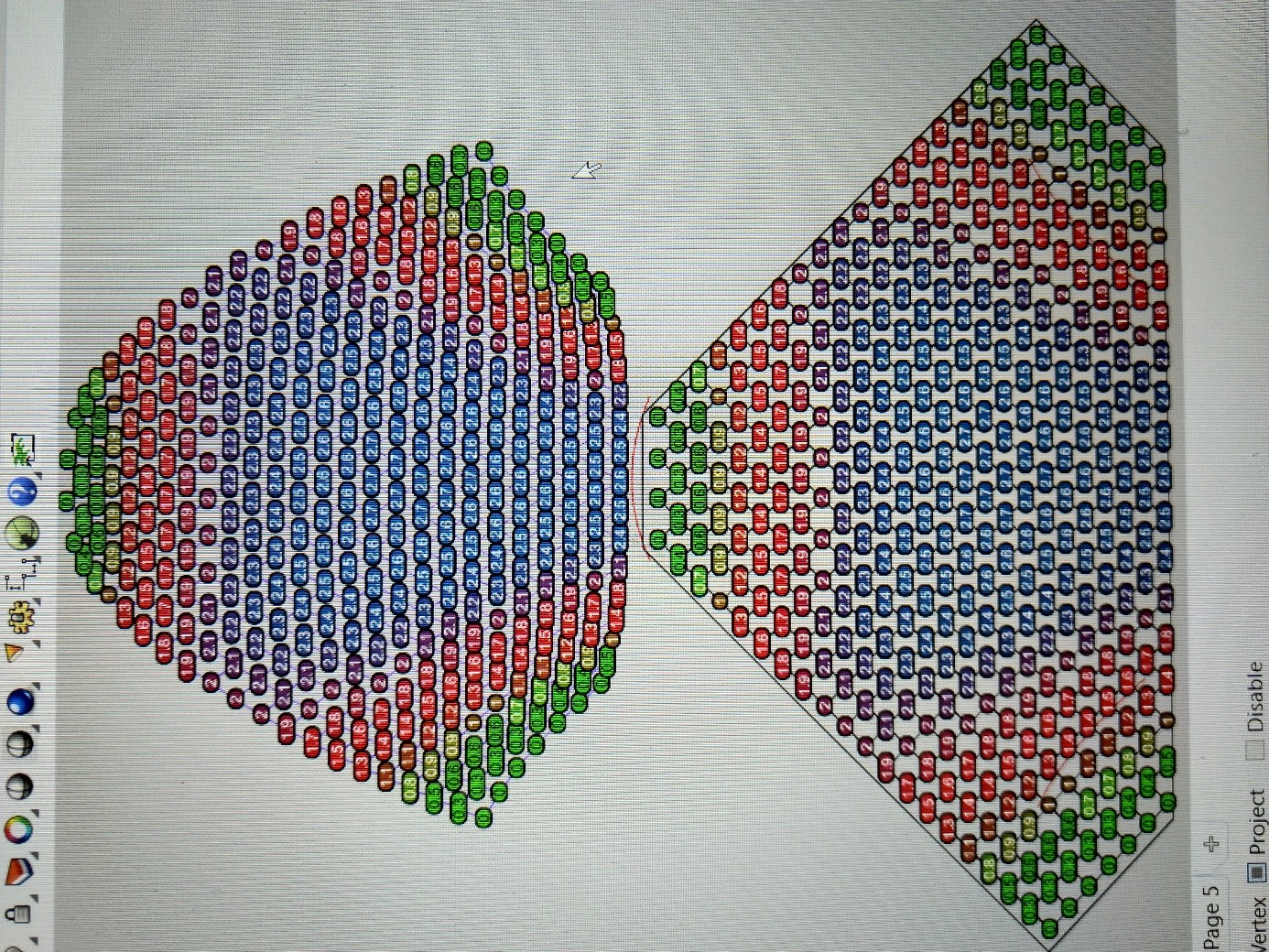 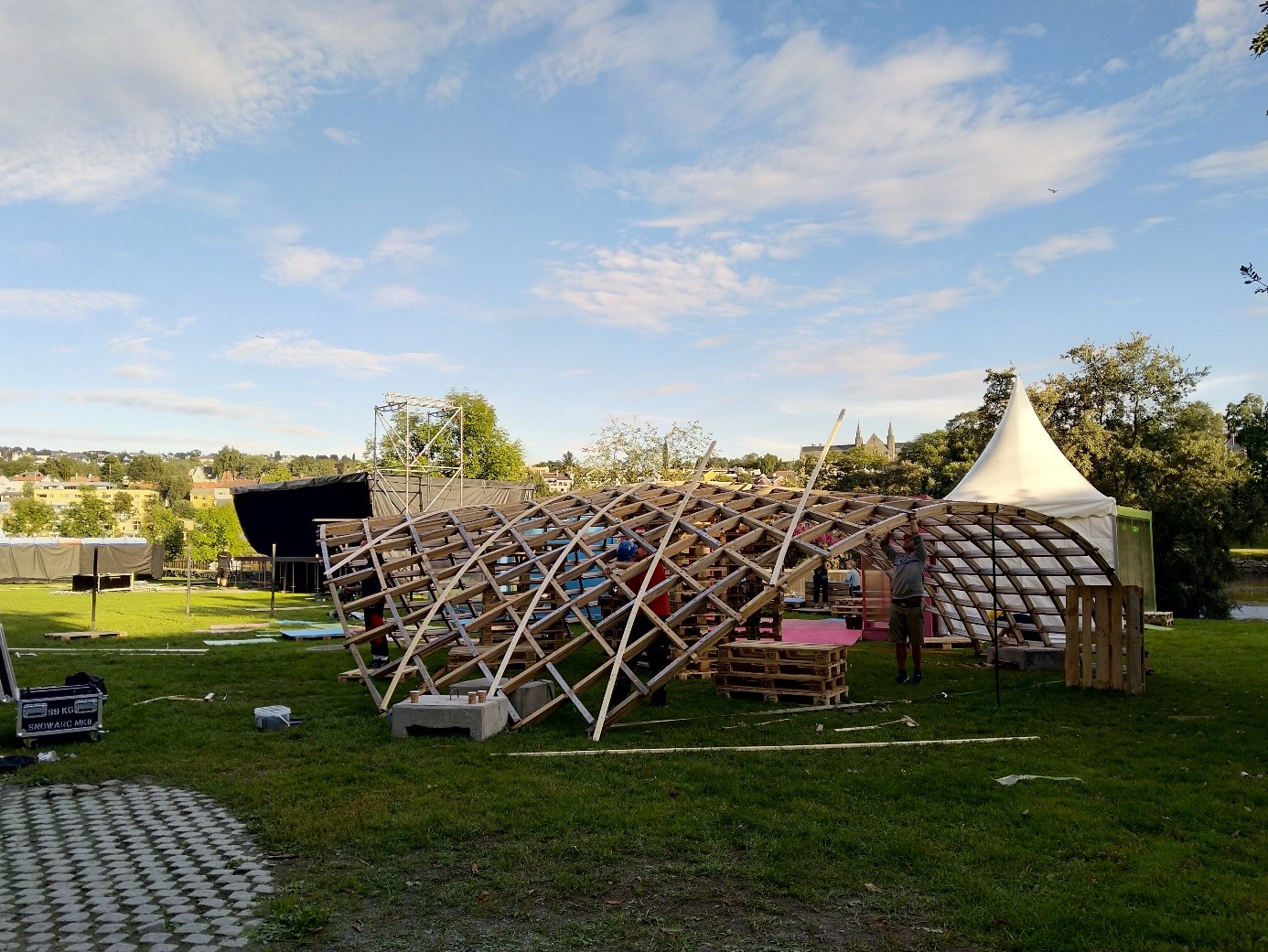 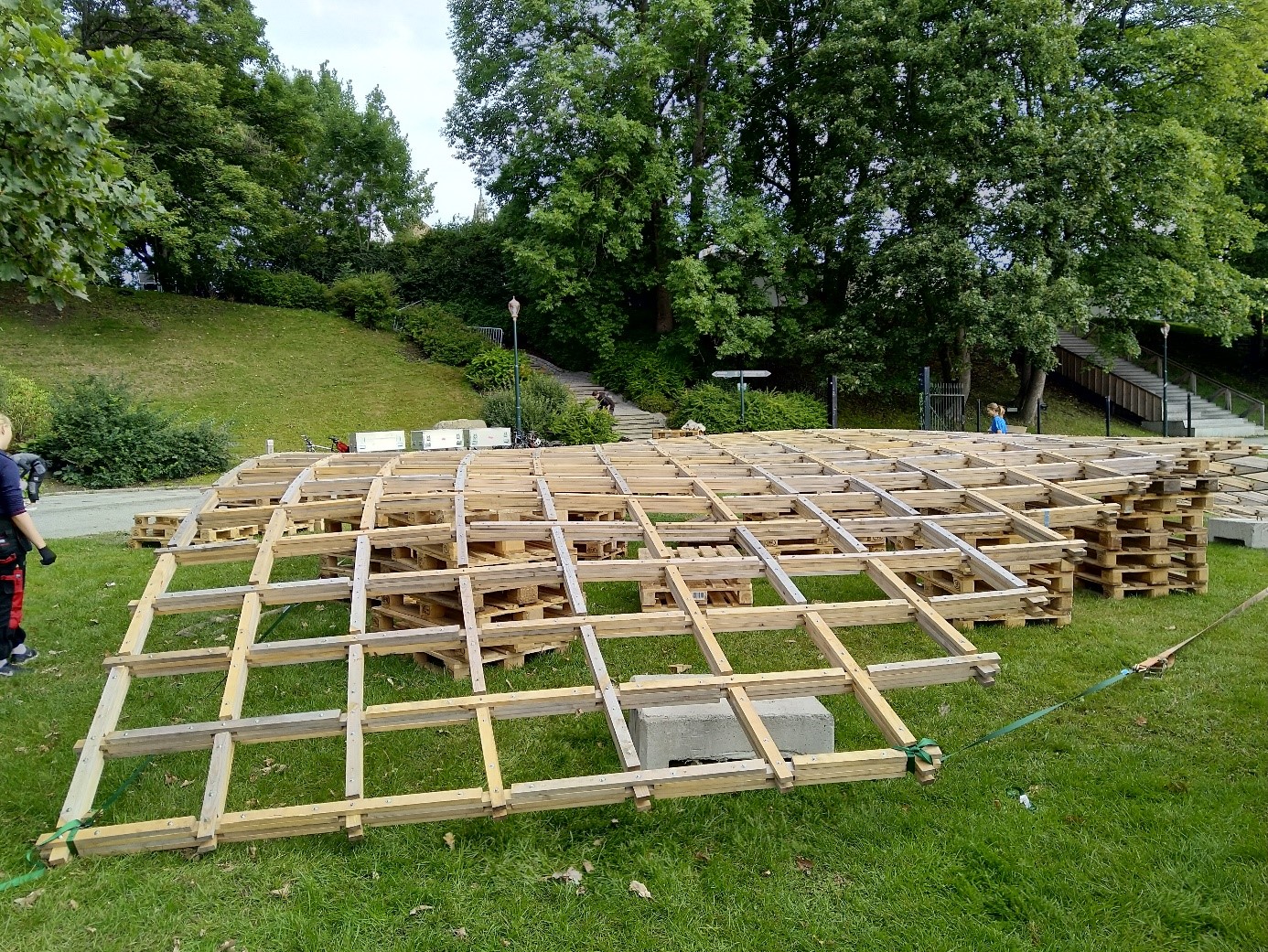 Parametric camp 2019 included students of architecture, sustainable architecture and structural engineering. The aim for the intensive workshop is was to give a quick but comprehensive introduction to the use of parametric design in grasshopper for use in architectural design and structural engineering. The workshop included basic lessons in parametric thinking, data flow and handling, kangaroo and karamba. The final physical outcome was a small shell-like structure constructed from 4mm plywood sheets, connected with brackets. 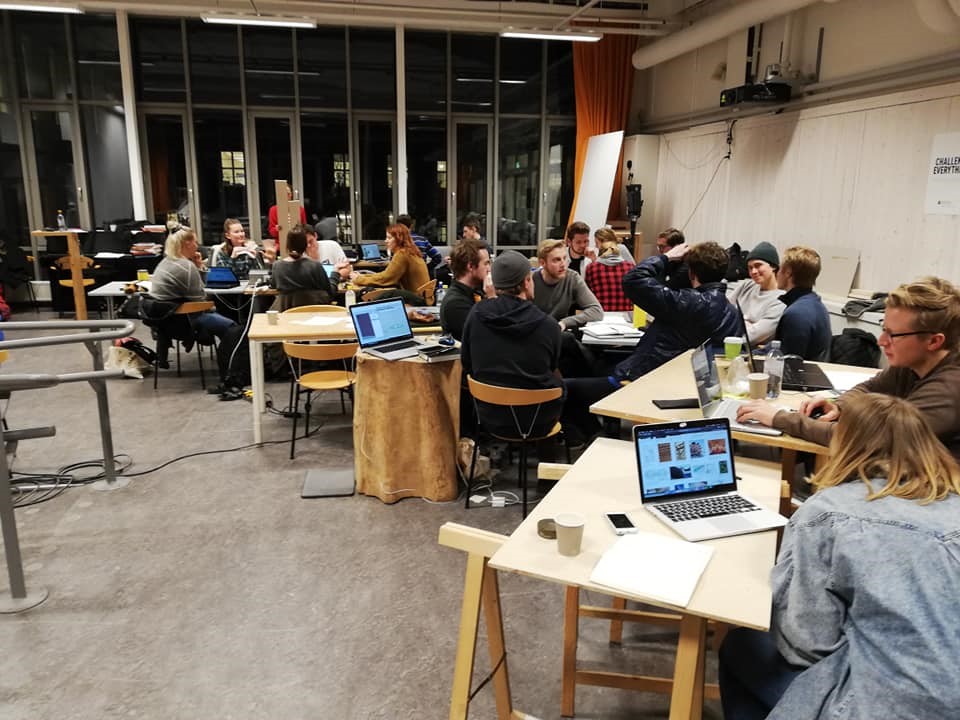 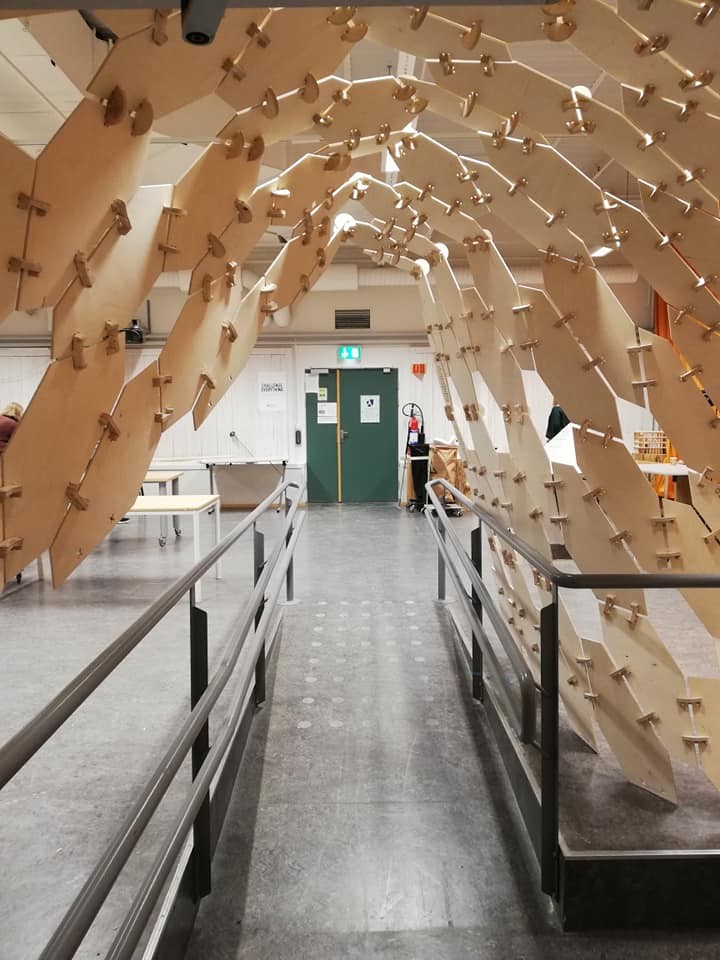 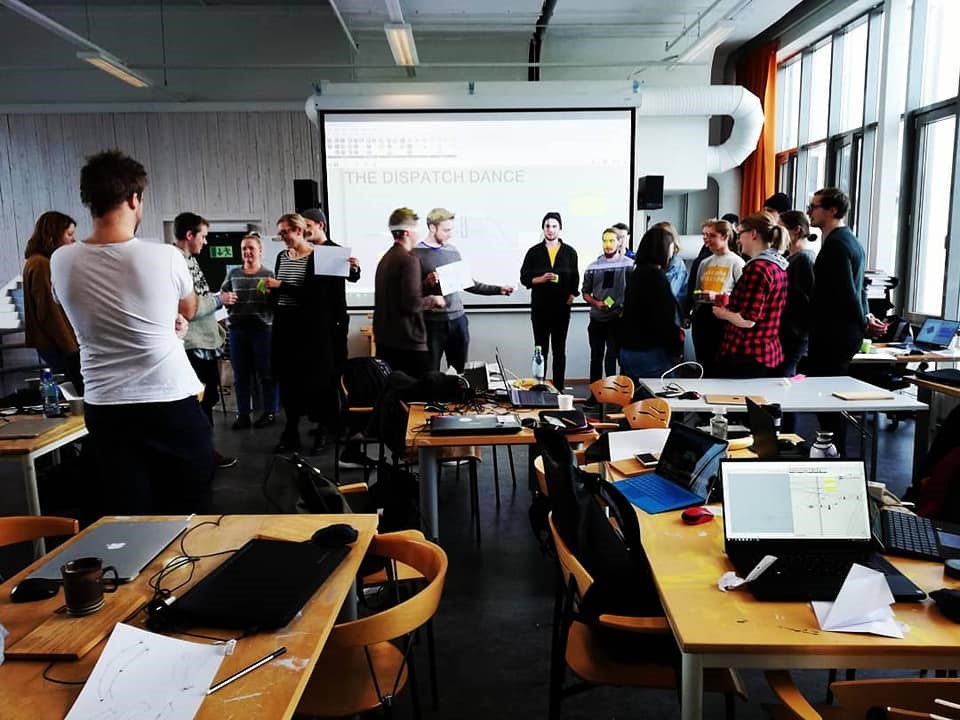 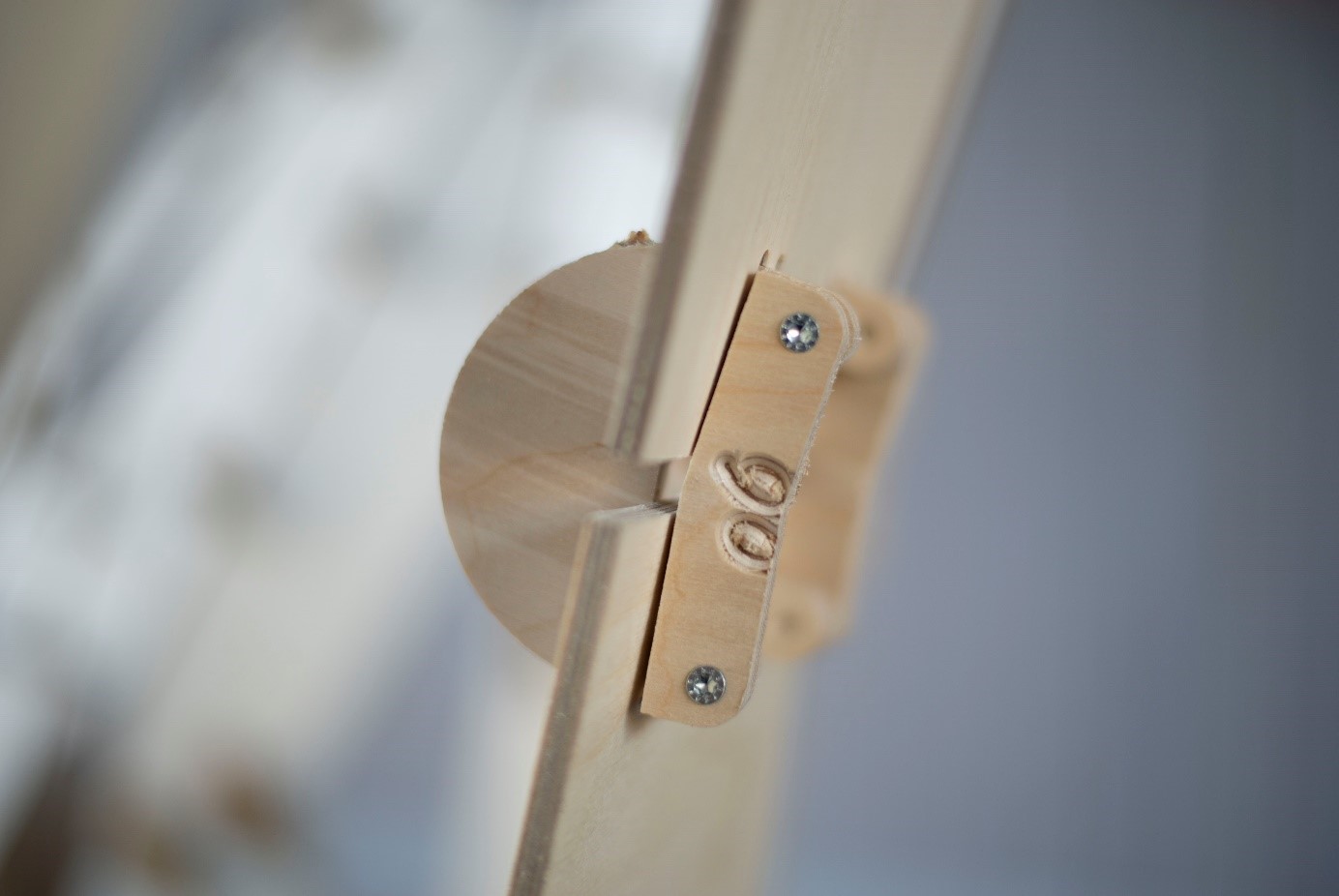 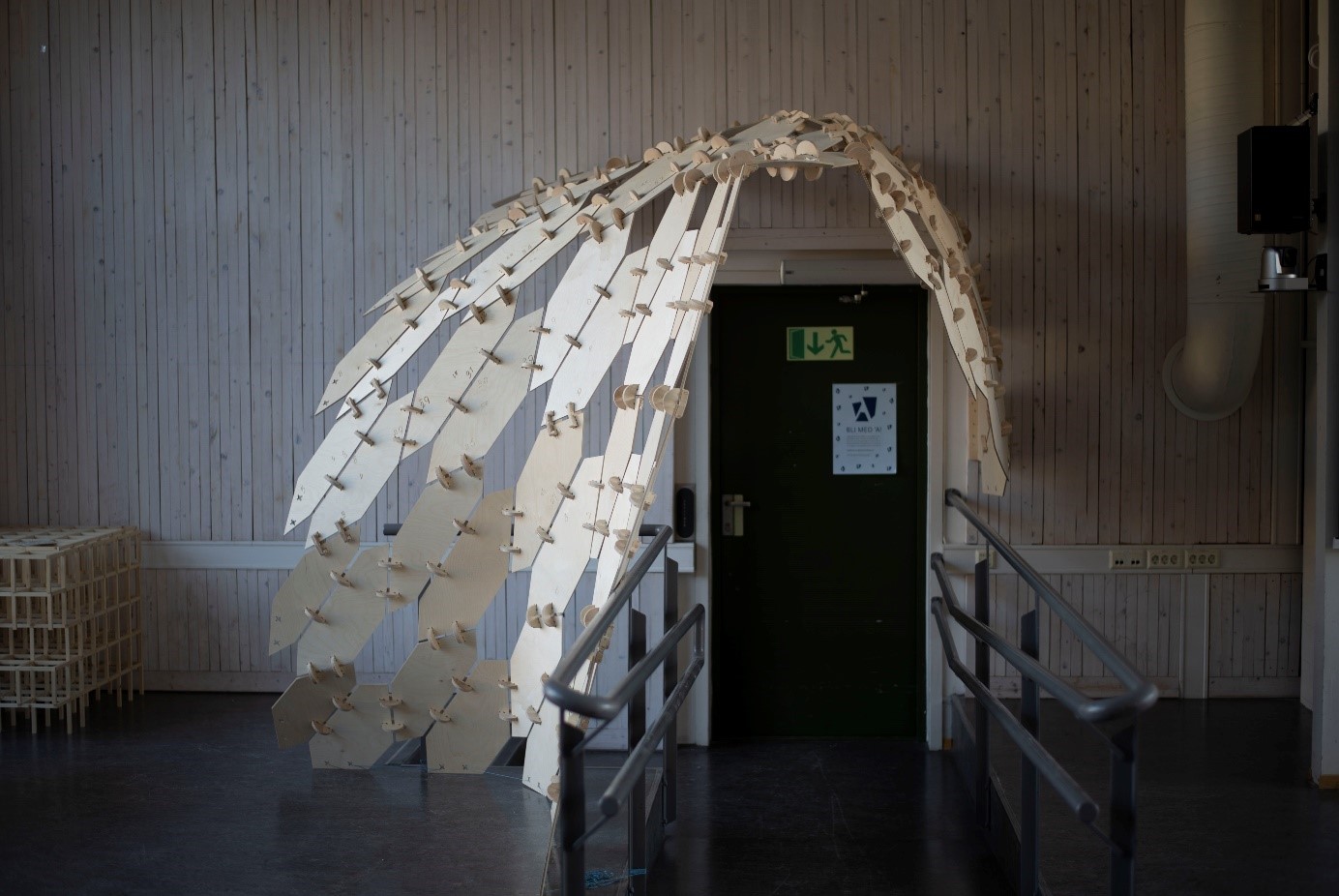 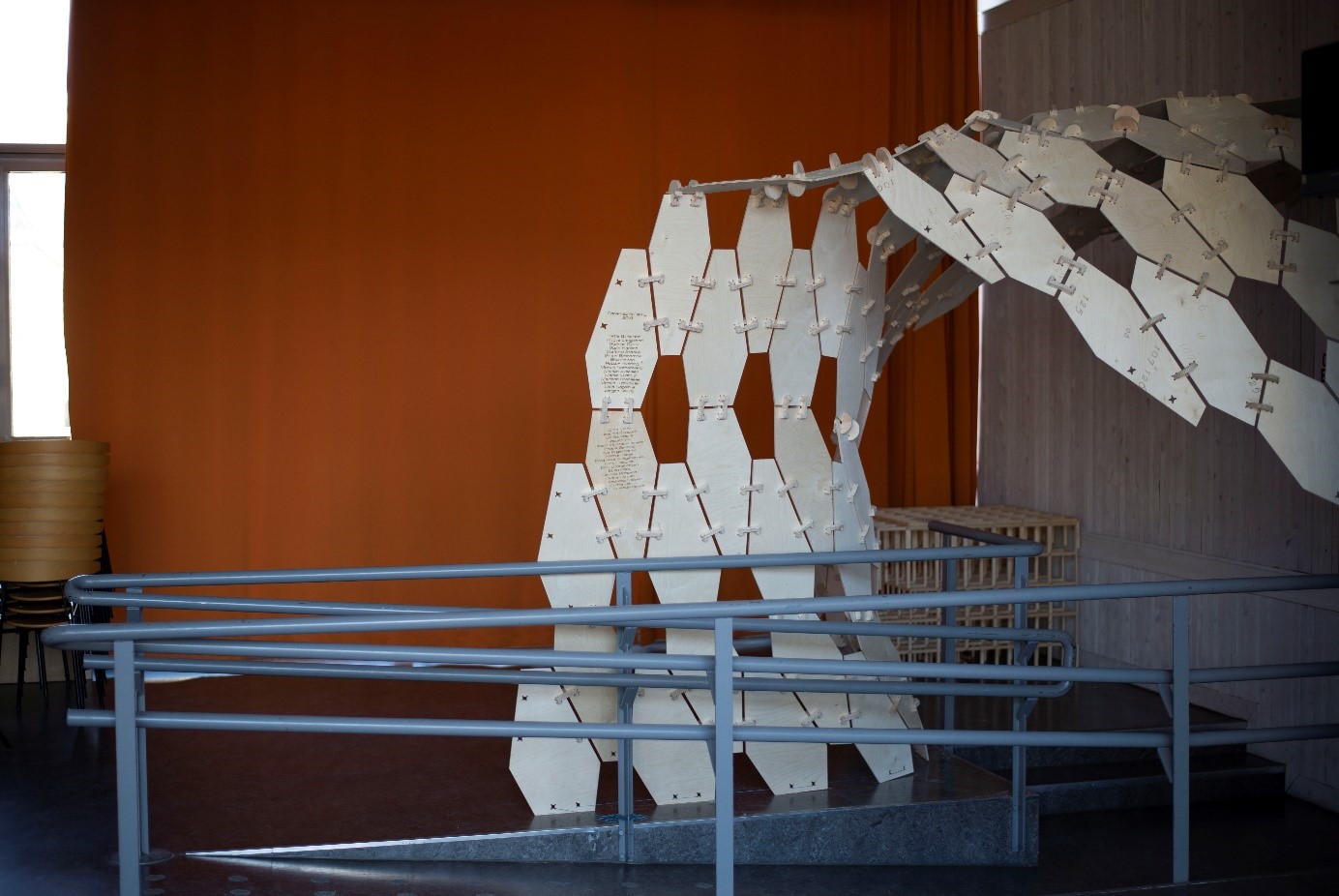 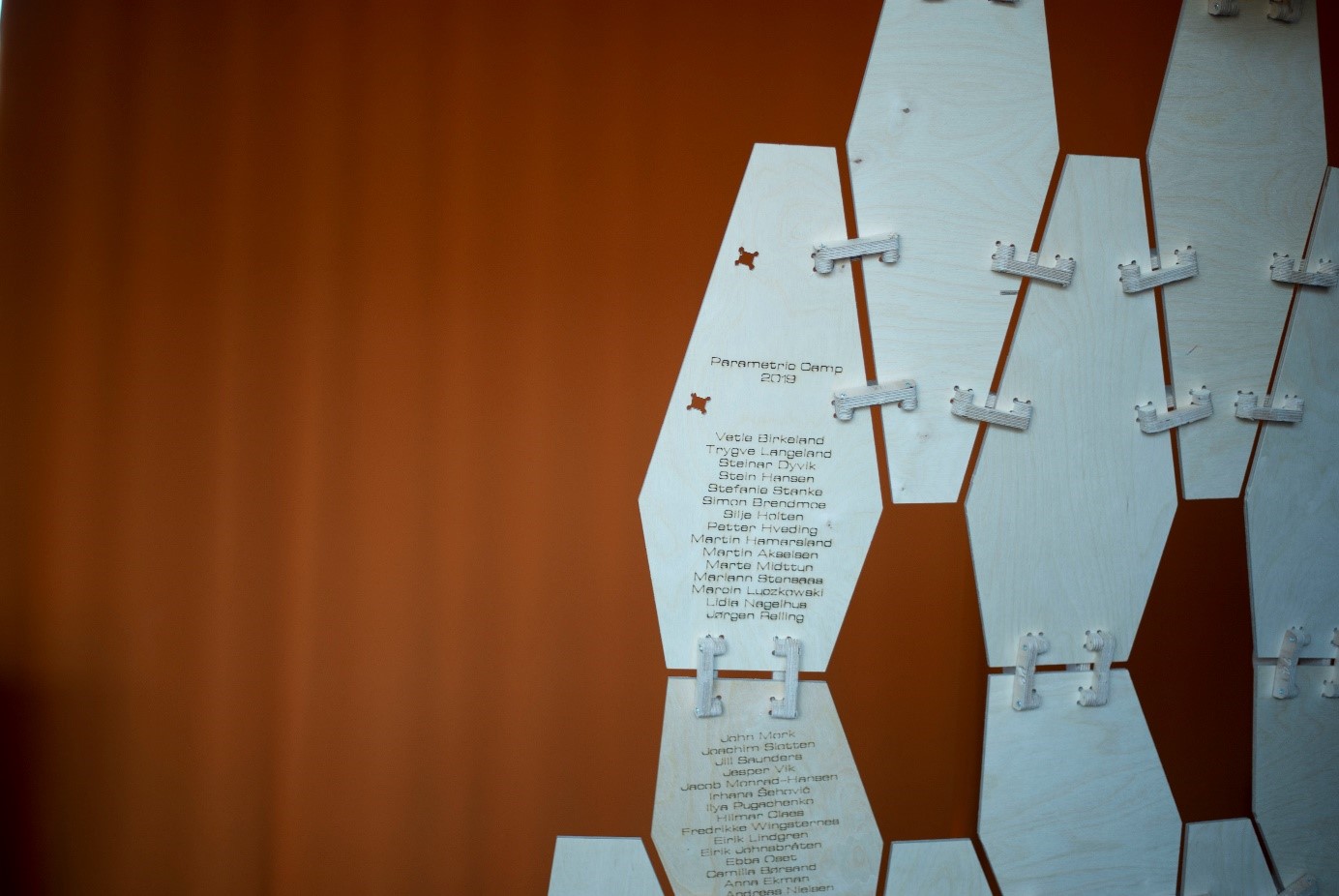