Using the nonlinear signal has several possible advantages. 3D imaging without the need of a confocal pinhole. This potentially increases the signal to noise ratio and simplifies design of miniaturized microscopes for in-vivo applications.

Reduced out-of-focus photobleaching. NLOM typically uses light with a wavelength around 800 nm. This light is very weakly absorbed in most tissues and it is only at the focus that the intensity is high enough for nonlinear absorption to take place. The wavelength used also increases penetration depth in the tissue laser microscopy.

Several nonlinear interactions occur only in very specific intrinsic biological molecules. This allows for imaging without the need for exogenous stains which is very convenient for in-vivo applications. Examples are second harmonic generation (SHG) which is typically generated in fibrillar collagen (figure 1), two photon excited fluorescence (TPEF) which are generated in elastic fibres and some cell metabolic compounds (figure 2) and Coherent anti-stokes Raman scattering (CARS) which is nice for imaging lipid structures. 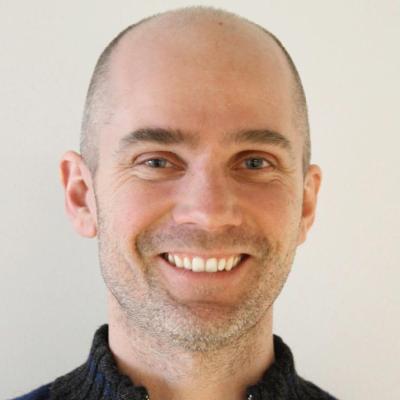 We are always looking for new areas in which to apply nonlinear microscopy. If you think that your application may benefit from this technique, please contact us.

People working with the NLOM topics