Purpose
The overall goal of this project is to strengthen the capacity of Tanzanian institutions to develop good Environmental Impact Assessments (EIAs) in relation to large infrastructure developments. The project will use road construction as a case and include a follow up study to test the predictions developed before the construction.

Background and project outline
Recently, the Government of Tanzania has made a decision to build a highway across the Serengeti National Park, linking the north‐eastern and northern regions ‐ Arusha of north‐eastern Tanzania and Mara, and Mwanza regions located in northern Tanzania. National, regional, and international environmental interests have expressed concern over this decision. The decision, if implemented, would according to the criticism, destroy the national park and the surrounding protected areas including the Loliondo Game Controlled Areas, which are the hub of the Serengeti Ecosystem and crucial dispersal zones for the migrating herds. The Western Serengeti is heavily populated.

The north‐western section of the national park is a critical area for wildebeest, which use it as a refuge for much of the year. A highway will add even more human population and development. Areas to the east of the Serengeti will be radically transformed as people migrate there and change land use from cattle grazing to farming. These areas are crucial dispersal zones for the migrating herds. One of the more serious criticisms of the plan is the poor quality of EIA that was used in the decision process.

The overall goal of this project is to increase the capacity of Tanzanian institutions to develop good EIAs in relation to road constructions as well as developing a follow up study after a road is constructed to test the predictions developed before the construction. The aim of the first year's baseline project is to;

The overall purpose of conducting the baseline study is to determine the status and trends of the natural resources and the biodiversity in this segment of the Serengeti Ecosystem – as a barrier ‐ in terms of species composition, distribution and abundance of resources in order to establish the benchmark in the conservation of the ecosystem, and allow the decision making body make a better informed decision for the benefit of the ecosystem and Community.

The study will create an understanding of the dynamics of the Serengeti Highway to the conservation of the Serengeti Ecosystem and socio‐economic trade‐offs, governance challenges, and other 2

influencing factors. As a monitoring and evaluation tool, the report from this study will improve the capacity to monitor effects of management actions; ecosystem monitoring, decision making and effectiveness by the Government and institutions responsible for natural resources management.

The study will establish the status and dynamics of wildlife populations and biodiversity along the planned Serengeti highway before and after the construction for the period of 10 years. Specifically the study aims to:

i. Establish the diversity of plant species before road construction.

ii. Establish the spatial and temporal distribution of herbivores and carnivores (including small mammals) before road construction.

iii. Determine the level of water quality in streams, ponds and rivers traversing the new road

v. Determine the level of poaching pressure along the new road in northern Serengeti

Relevance for IPBES
The Millennium Ecosystem Assessment (2005) identified fragmentation and loss of habitat as main drivers of change in biodiversity and ecosystems, with infrastructure development and increased

human activity associated with economic development as the main contributing factors. The suggested project will contribute to improved knowledge for decision makers necessary to avoid and mitigate negative impacts on biodiversity and ecosystems related to infrastructure development.

Collaborating partners
This pilot study has been initiated by the Tanzanian parties and developed in close collaboration between Tanzanians and Norwegians. During the five months of study in 2011 we aim to involve

1. An EIA workshop in Serengeti in mid‐August 2011 (4‐days), with project participants (10 from Tanzania, 6 from Norway). We will discuss the EIA used for the Serengeti road planning and develop ides for a new EIA for any road project going through biodiversity sensitive areas (inclduing Serengeti). We will also develop a project plan for a future road project.

2. Fieldwork implementation to develop methods and techniques for similar studies in Serengeti or other Tanzanian areas. We will do plant transects, map important vegetation sites, mammal and bird transects, study animal behavior, record water quality in nearby rivers, map households along the road transect and interview a selected number of households. 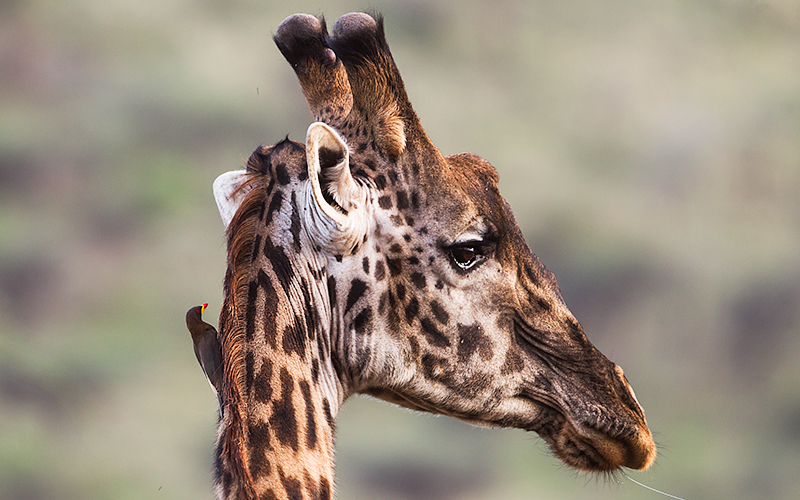