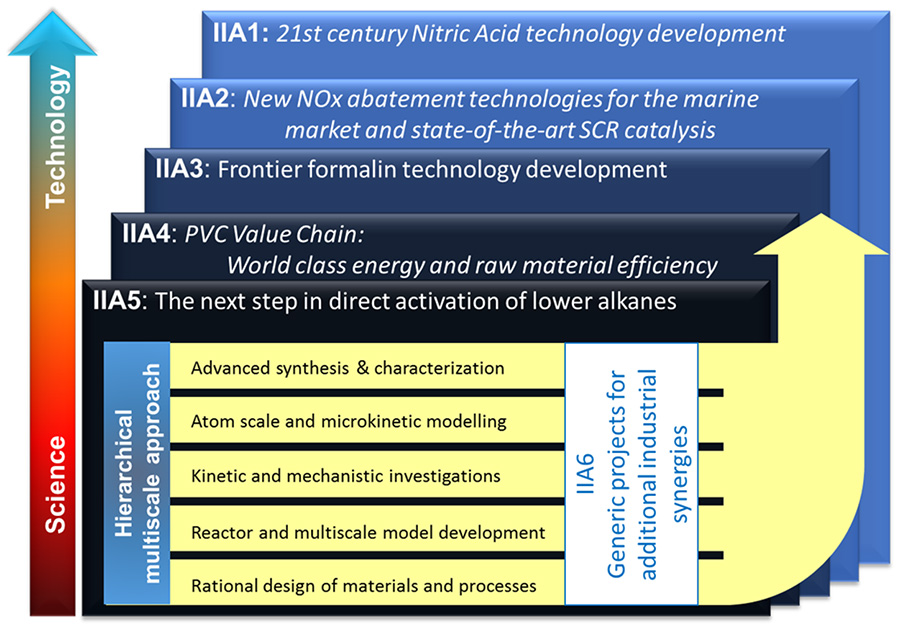 About iCSI and the background

Catalysis is a field where insight to the chemistry and physics of reacting molecules has brought tremendous industrial advancement over the last century.

The fact that 85-90% of all chemical production is catalysis based, illustrates the importance of catalysis to the economic growth and the life-standard developed over the previous century.

Many heterogeneous catalytic technologies are well established, and revolutionary breakthroughs are hence not commonly encountered. It is nevertheless recognized that developments in catalysis are critical to the future; and both increment and leap developments are required to ensure future industrial processing and energy conversion with minimum impact to man and nature.

By optimizing the catalytic process, energy consumption and cost in industrial processes will be reduced. Catalysis is also key to enhancing selectivity, an important principle of green chemistry, since it reduces the formation of byproducts and waste as well as the energy consumption.

A revolutionary breakthroughs in catalysis would be replacing expensive and scarce noble metals (PGM) with cheaper and more abundant alloys or metal carbonates, nitrides or mixed oxides. This is important in view of securing natural resources for future generations as well as cost and environmental issues.