The Trondheim HolzBau Pier is an elegant timber pier erected in 2014 in the city of Trondheim, Norway. It is located on the banks of the river Nidelva, and was constructed with the main goal of revitalizing an area of preserved timber houses, as well as re-establish the city’s close historical connection with water. The pier was designed by architectural students John Haddal Mork and Anders Gunleiksrud from the Norwegian Univertisy of Science and Technology (NTNU) for the Trondheim municipality.

To avoid disturbing the existing view of the warehouses, a simple, lightweight truss beam construction was chosen. The architectural intention was to visualize the forces acting within the structure, and to minimize the dominance of the object using an optimised structural pattern. As timber is a traditional and respected building material in Norway, it was natural to use this material for both the pier and the staircase connecting the pier and the main street. 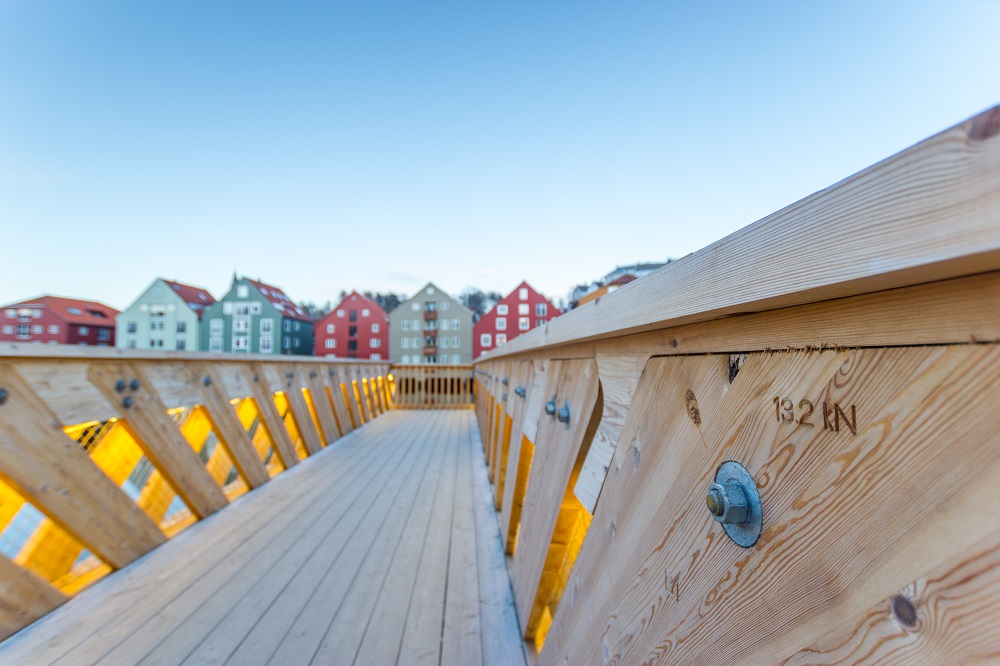 The pier was intended to combine elegance in terms of architecture and details directly derived from the engineering method. It is a result of close interdisciplinary co-operation throughout the design process from initial sketches, via modelling and analyses, to fabrication and construction. Collaboration was empowered by the development and use of a common generative parametric geometry, tailored for use by both architects and structural engineers. An algorithm was programmed so that:

This holistic approach enables all involved parties to work simultaneously on the project and unveils new opportunities for collaborative and effective design.