The Rjukan pavilion (Torgstove), built in 2013, is a non-hierarchical structure situated in the small town Rjukan in Telemark, Norway. The design, project management and construction were chaired and performed by architectural students at NTNU. The structural concept of the pavilion was to include the entire building in the load bearing, instead of carrying by particular specialized structural elements. All loads in the structure are distributed to numerous and equal elements that act together as one unit both architecturally and structurally.

The architectural intention was to create a simple, but complex, structure with a free-form interior space within a rectangular building. In other words, the interior space should appear to be carved out of the mass of the exterior shape, represented by a three dimensional timber grid consisting of 4000 meters of 73 mm x 73 mm pine. The walls are covered by acrylic sheets to protect the interior space from wind, rain and snow and at the same time not prevent visibility in and out of the pavilion. The originally too weak structure was strengthened by adding stiffness into the softest parts of the structure and continuously avoiding transferring the loads in particular elements of the non-hierarchical grid. 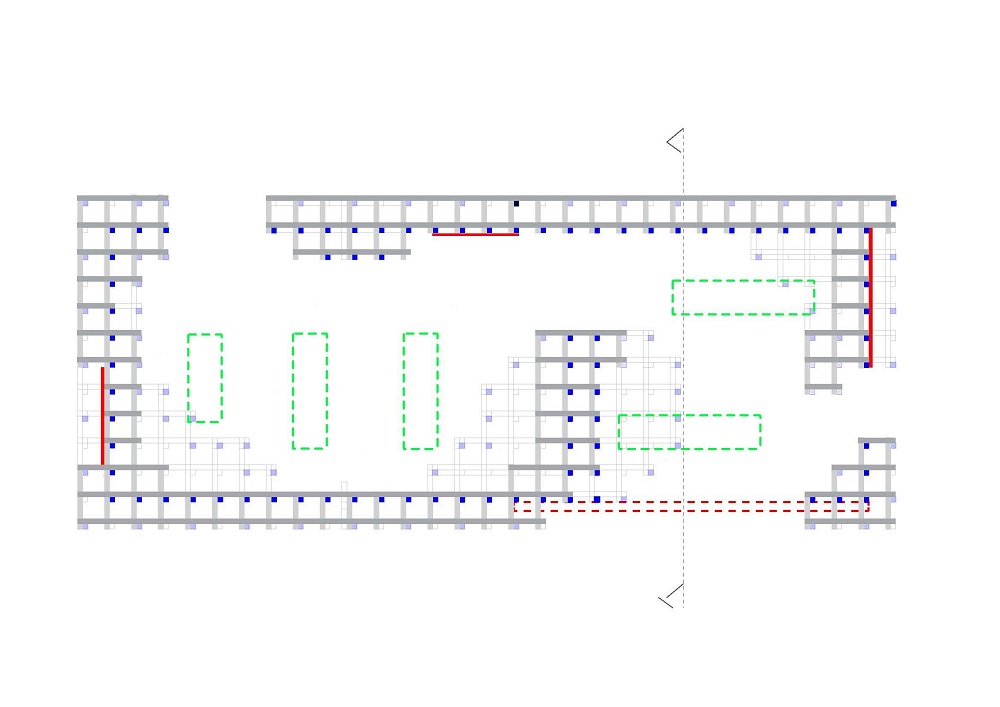