The Concept Symposium on Project Governance

The Concept Symposium on Project Governance 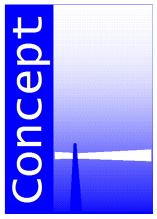 The Concept Symposium on Project Governance is a biennial event hosted by the Norwegian Ministry of Finance and the Concept Research Programme. Project governance, in brief, is concerned about investments and their outcome and long-term effects. In view of the problem at hand, the aim is to ensure that the best conceptual solution is chosen, that resources are used efficiently and anticipated effects realized. Resource persons from ministries, governmental agencies, academia, international organizations, and industry are invited. In order to facilitate professional exchange and direct communication between participants, the number of individuals is restricted. The aim is to initiate further international cooperation and research on important issues related to project governance.

The Investment Case – from Idea to Confirmed Outcome (2022)

The 2022-symposium will be held at Holmen Fjordhotell in Asker, Norway. The event will focus on the initial outline of what is subsequently realized as an investment project of proportions. The initiating thoughts and mandate, the scope of ideas, and the ways and means to make the ideas turn into the most cost-effective and efficient solution to the problem at hand.

The two-day conference has a varied program of presentations looking at experiences, achievements and recommendations in the field of front-end management. It is an arena for professional exchange among a selected group of prominent decision makers, researchers and professionals in government, academia, international organizations, and industry. The symposium has a set limit of 120 participants. More information about the 2022-symposium.

The 8th Concept Symposium took place 6-7 September at Sola Strand Hotel in Stavanger. The focus was on ways and means to expand the opportunity space, improve the basis for decisions, and eliminate inferior conceptual solutions at an early stage, in order to identify the most cost-effective and efficient solution to the problem at hand.

The 7th Concept Symposium took place 7 – 9 September at Sola Strand Hotel in Stavanger at the west coast of Norway. The focus was on governing the front-end of major projects.

Opportunities, Decisions and their Effects (2014)

The 6th Concept Symposium took place in September 2014 at Losby Gods outside Oslo, devoted to project governance, in other words on investments and their outcome and long term effects, rather than on projects and their implementation and management.

The 5th Concept Symposium was held at Losby Gods outside Oslo. The focus was on investments and their outcome and long term effects, rather than the more restricted view on the project and its design and implementation. Ex ante estimation and Ex post evaluation of the social return of investment were highlighted. The key question, however, was still on governance: How can we assure that the most viable investment project is chosen?

The 4th Concept Symposium was held at the historical Oscarsborg Fortress just outside Oslo in September 2010. The main topic was project governance as seen from a wide angle; how can the project’s goal and purpose be attained in a societal perspective?

The 3rd Concept Symposium was held in Trondheim, 2008. The point of departure was the failure of many large investment projects to meet expectations in terms of producing anticipated benefits, and the need for improved project governance. The symposium zoomed in on this complex phenomenon from four different angles: The overall national public management perspective, Experience in selected countries that have institutionalized regimes to improve project governance, The business case and lessons from initiatives to improve quality at entry, and Recent research findings from the Concept Research Program.

The 2nd Concept Symposium was held in Trondheim and focused on the design and experience with project governance regimes in different countries. Some of the questions that were addressed: What are the current procedures applied in different countries and agencies - and what are their effects? What would it take to develop more effective governance regimes at international, government or corporate level to ensure maximum utility and return on investment for society and investors? What would be the optimal mix of regulations, economic means and information in improved governance regimes for major investment projects?

The 1st Concept Symposium was held in Oslo, one year after the Concept Research Program was established. The aim was to establish an arena where researchers, civil servants, project managers and consultants could exchange experiences and focus on answers and solutions to improve quality-at-entry of major public projects. Further, to initiate fruitful discussions that could be of use to researchers and practitioners in their future work as well as to identify ideas for future research in this field. The researchers wanted to share their insights and explore what measures had been made in other countries.