Research by our Associated Members - Center for Quantum Spintronics (QuSpin)

Research by our Associated Members

Research by our Associated Members

Our group’s research centers around lattice models of quantum antiferromagnets, especially models with competing (aka “frustrated”) interactions. In combination with strong quantum fluctuations, frustration may prevent magnetic order and instead lead to other, magnetically disordered phases that possess more exotic types of order that are of great fundamental interest.

Of particular interest are phases known as quantum spin liquids, whose order is not described by broken symmetries but may instead be of a topological nature. In recent years new materials have been discovered which exhibit evidence of unconventional behaviour pointing towards spin-liquid physics.In recent years it has also been realized that various concepts and quantities originating in quantum information theory, like entanglement entropy and fidelity, may be very useful for characterizing quantum many-body phases and the quantum phase transitions between them. Different types of order may give rise to characteristic “signatures” in such quantities and their behaviour as a function of various parameters.

The overall goal is to get a better understanding of the “zoo of phases” that may arise in frustrated quantum anti- ferromagnets, and contribute towards their description and classification. 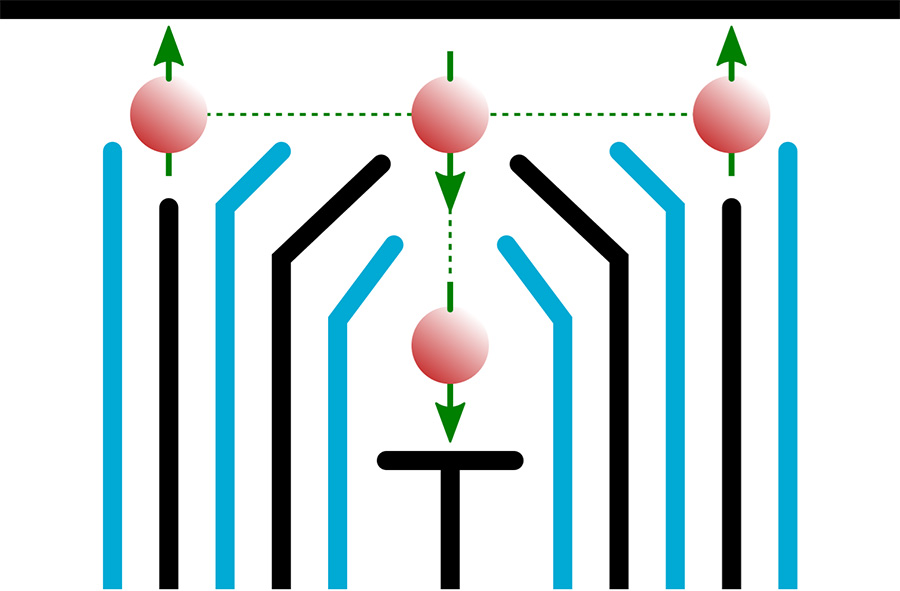 The quest for the optimal physical qubit (it should be stable, controllable, and scalable) is at full speed, and by now the research has been narrowed down to a handful of very promising approaches. The research is theoretical, but focuses on practical aspects of such qubit implementations, usually in close collaboration with experimentalists.

Most problems the group is working on are related to questions such as: How could we improve qubit initialization, control, or read-out in a specific setup? What processes dominate qubit decoherence (loss of the quantum aspect of the information)? How could we reduce the effect of these processes?

A large part of this work is in the field of spin qubits in semiconductor quantum dots (small potential traps inside a semiconductor), where the basic idea is to use the spin degree of freedom of the electron as a qubit basis. A recent and particularly interesting proposal is to create such qubits out of multi-particle spin states of electrons localized inside a semiconductor. These so-called exchange-only qubits are conceptually simple and scalable, they rely on well-developed experimental techniques, and can be operated fully electrically. The first attempts to create and operate such a qubit were promising, but also identified obstacles to further progress: Apart from being relatively sensitive to charge noise, exchange qubits couple to the fluctuating spins of the atomic nuclei of the host semiconductor. This coupling leads to decoherence, typically on the scale of tens of nanoseconds.

The goal is to solve the intrinsic problem of the nuclear spins and identify the optimal way forward for the exchange-only qubit. Roughly speaking, we are currently investigating two approaches. The first is to find a way to suppress or circumvent the effect of nuclear spin fluctuations in the commonly used III-V materials while keeping the qubit as much protected from charge noise as possible. The second is to determine the optimal implementation of such a qubit in (nuclear-spin-free) silicon.